Here's The Most Lucrative Way to Fight Climate Change

Economists, politicians and scientists have long debated how (and whether) climate change can be addressed without slowing the world economy. Now, a group of key business, finance and government leaders say they’ve identified a set of opportunities that are good for business and help the fight against climate change.

In a new report released by the Global Commission on the Economy and the Climate, leaders call for at least $1 trillion in annual investment in clean energy, a tripling of funding for research and development of low-carbon technology and development of “climate-smart” infrastructure, among other initiatives. In total, the recommendations could account for 96% of the necessary reductions in carbon emissions to stem “dangerous climate change,” the report says.

“Sustained growth and climate action must be achieved together,” said former Mexico President Felipe Calderón, a report signatory, on a conference call for journalists. “We as a global community need to come together and do more.”

Many of the report’s recommendations center around low-carbon initiatives. For instance, the signatories argue that improving urban infrastructure like public transit, waste management and building efficiency can significantly reduce carbon emissions and improve business. If implemented in cities across the globe, such efforts would reduce annual energy costs by $1.58 trillion in 2030 and $5.85 trillion in 2050, according to the report.

The report also calls for increased investment in the research and development of clean energy technology. The suggested investment, $1 trillion annually, may sound steep, but it would drive down the use of fossil fuels and help expand access to electricity to millions, the authors argue. Other recommendations include improving energy standards, halting deforestation and reducing emissions in the transportation sector.

The release of the report comes in the months leading up to what climate change activists hope will be a landmark conference in Paris this December. Many countries—including top emitters like China and the U.S.—have already committed to significantly reducing their carbon footprint. In the new report, signatories praised those efforts but said they should be seen as “floors rather than ceilings” when it comes to cutting emissions.

“This report shows there is significant room for stronger action that is in countries’ economic self-interest,” said Michael Jacobs, who directed the report, in a press release. “It is therefore vital that the Paris climate agreement sets in motion a regular process for strengthening national commitments.” 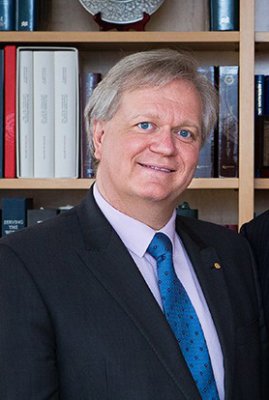 Nobel Laureates Issue A Call To Action On Climate Change
Next Up: Editor's Pick