These 7 Yanis Varoufakis Quotes Show Why We’ll Miss Him

Greece’s finance minister Yanis Varoufakis has resigned from his post to help smooth his country’s negotiations with creditors on a new debt restructuring deal.

In typically flamboyant fashion, the motorbike-riding economist left some parting words to his Eurogroup peers — the ones he has battled with over the last few months. “I shall wear the creditors’ loathing with pride,” he boasted in a blog post announcing his departure Monday.

We’ll certainly miss one of the Europe’s most colorful figures. Here are seven quotes that show, when it comes to one-liners, there may be no man in global finance better than the former economics professor:

On using the Eagles to show Greece’s dilemma
“Greece is absolutely, irreversibly, committed to staying in the eurozone,” he told CNN. “The problem is that once you’re in, it goes just like the Eagle’s song ‘Hotel California’ – you can check out any time you like, but you can never leave.”

On using poet Dylan Thomas to show Greece’s resolve
“Greek democracy today chose to stop going gently into the night. Greek democracy resolved to rage against the dying of the light,” he wrote in his blog.

On the lengths he would go to negotiate a better deal for Greece
“I’d rather cut off my arm than accept (a) bad deal,” he told Bloomberg.

On the Europe’s ‘troika’ team that was negotiating with Greece
“A committee built on rotten foundations,” he said.

On comparing the eurozone to the Titanic
“(The eurozone) resembles a fine riverboat that was launched on a still ocean in 2000. And then the first storm that hit it, in 2008, started creating serious structural problems for it. We started leaking water. And of course, the people in the third class, as in the Titanic, start feeling the drowning effects first,” he told Channel 4 News.

On how much he sticks out when compared to his peers
“I am being treated as a strange bird because I talk macroeconomics,” he said in an interview with The Wall Street Journal.

On quoting a famous leader to show how much he is disliked
“FDR, 1936: “They are unanimous in their hate for me; and I welcome their hatred.” A quotation close to my heart (& reality) these days,” he said in a tweet. 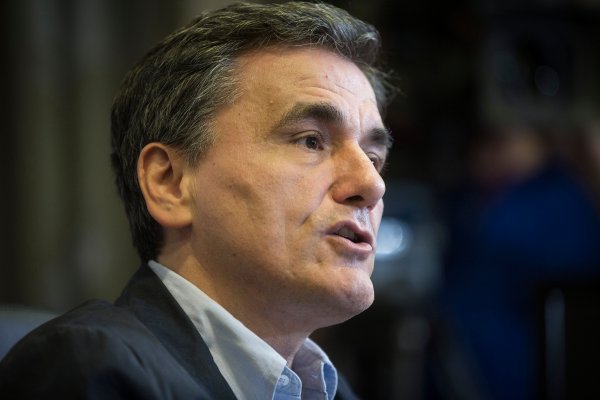