Watch the First Trailer for the New Minecraft: Story Mode

When Minecraft developer Mojang weirdly joined hands with Telltale Games to metamorphose the sandbox blockbuster into a choose-your-own-adventure in December 2014, I wasn’t sure what to think. Okay, I suppose “Is nothing sacred?” probably went through my head once or twice. Minecraft is about our stories after all, the ones we make up as we play. Foisting a narrative structure on a sprawling toy box makes as much sense as putting Taylor Kitsch and Alexander Skarsgård on a Navy boat fighting aliens and calling it Battleship.

That’s if you’re a cynic, anyway. Better things can and do happen — like The Lego Movie, or most of Telltales Games’ oeuvre to date, notably its takes on The Walking Dead, Game of Thrones and Back to the Future.

The choice-driven Minecraft yarn will unfurl over five episodes and includes locations familiar to Minecraft buffs, like the Nether, Farlands and the End. The first episode should be out later this year for PC and Mac, current and last-gen consoles (excluding Nintendo), iOS and Android. 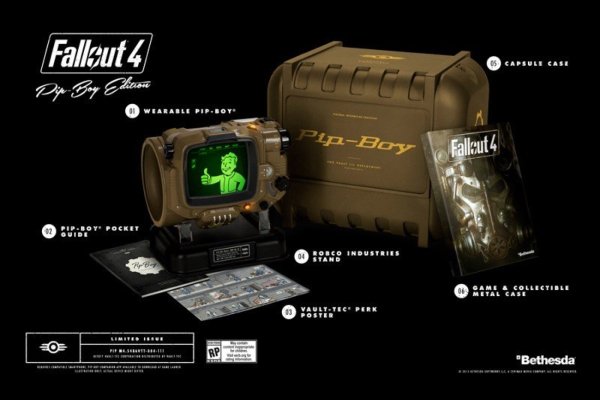 The Fallout 4 Pip-Boy Replica Won't Work With These Phones
Next Up: Editor's Pick