Hello Kitty throws out the first pitch before the game between the Colorado Rockies and the San Francisco Giants at AT&T Park in San Francisco on June 28, 2015
Lachlan Cunningham—Getty Images
By Jeff Labrecque / Entertainment Weekly

“Sanrio Inc. can confirm that a U.S. based entity has been formed to create feature films based on Sanrio characters and to expand animated film and digital contents business globally,” the company said in a statement. “This entity further highlights Sanrio’s expansion into lifestyle entertainment. We have no additional details at this time.”

Hello Kitty recently celebrated its 40th anniversary, and has already been an animated TV show, beginnng with 1987’s Furry Tale Theaterand including Hello Kitty’s Paradise, which ran for 12 seasons. The movie announcement is the latest of several aggressive moves by Sanrio to leverage its catalog of animated characters. Earlier this year, Sanrio sold the film rights to its Mr. Men and Little Miss characters to Fox Animation. 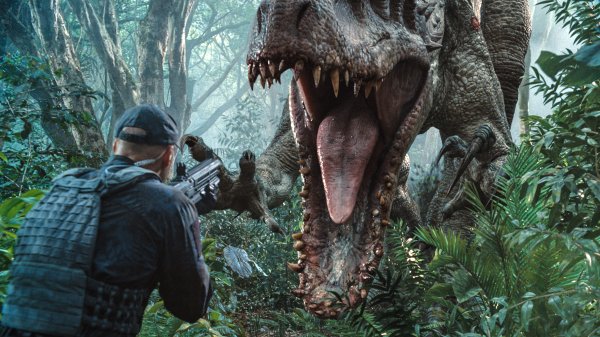