An Indian journalist has died under mysterious circumstances while on assignment covering allegations of a massive scheme to manipulate the results of entrance examinations for medical colleges and government jobs in the central Indian state of Madhya Pradesh.

The news follows the death of at least two dozen people associated with the alleged scam — labeled “Vyapam” by the Indian media after the Hindi name of the state’s professional examination board — since the story surfaced in 2013. (Some media reports put the number of Vyapam-linked deaths at over 40.)

Akshay Singh, a reporter with a private broadcaster, had traveled to Madhya Pradesh to investigate a suspect’s death in 2012 when he was suddenly taken ill and died from a heart attack on Saturday. A day later, the dean of a government medical college from the state who was reported to be putting together a list of students involved in the scheme was found dead at a New Delhi hotel.

Akshay Singh fell ill as he was interviewing the father of the dead suspect. Another family member present at the scene described the moment to India’s Hindustan Times: “[Singh] was sitting on the sofa opposite me. Suddenly he put his right hand on his head and his lips started quivering, saliva started flowing out of his mouth and he fell unconscious.”

Around 2,000 people have been arrested since the police first uncovered the scam while cracking down on an operation to rig medical school entrance tests in 2013. A sprawling syndicate of officials, doctors and politicians is alleged to have been involved in the scheme to manipulate examinations in exchange for bribes. Last year, police arrested a former Madhya Pradesh minister accused of involvement in the scam.

Speaking on Sunday, Madhya Pradesh’s Chief Minister Shivraj Singh Chouhan, who belongs to Indian Prime Minister Narendra Modi’s Bharatiya Janata Party, said every death in the case should be probed, according to the Hindu. India’s Finance Minister Arun Jaitley also spoke out following Akshay Singh’s death. “Since various issues are being raised with regard to the circumstances of [Akshay Singh’s] death, it would be important that a very fair inquiry is held so that all doubts are put to rest,” he said, according to the Economic Times. 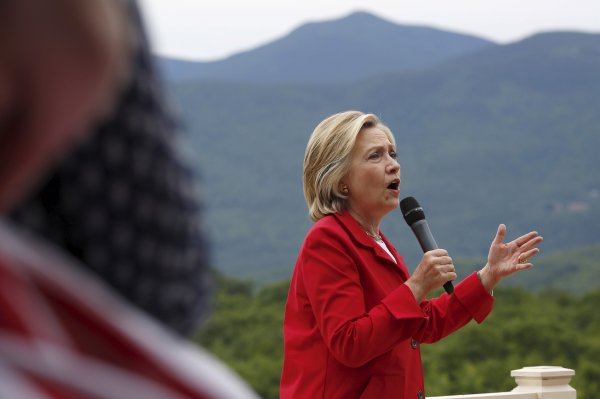 Clinton Says China Is 'Trying to Hack Into Everything'
Next Up: Editor's Pick