The Donald Trump co-owned Miss USA pageant has found a new broadcast partner after being dumped by NBC: Reelz announced Thursday that it will broadcast the event on July 12 from Baton Rogue, Louisiana.

“The decision on the part of Reelz to acquire the rights to the Miss USA Pageant was based on our belief that this special event, and the women who compete in it, are an integral part of American tradition,” Stan E. Hubbard, CEO of Reelz, said in a statement. “As one of only a few independent networks, we decided to exercise our own voice and committed ourselves to bringing this pageant to American viewers everywhere. For us, this decision is about the dreams of the contestants who come from all walks of life across the United States, the city of Baton Rouge that has proudly come together to host this pageant and the viewers who will be watching and celebrating its 54th year on television. The Miss USA Pageant is a perfect fit on Reelz where movies, entertainment and celebrity come together every day of the year.”

Reelz didn’t mention Trump by name in announcing the decision, but it was his statements about Mexican immigrants that caused NBC to cut ties with the Miss Universe Organization, the company behind the Miss USA pageant.

“At NBC, respect and dignity for all people are cornerstones of our values. Due to the recent derogatory statements by Donald Trump regarding immigrants, NBCUniversal is ending its business relationship with Mr. Trump,” NBC said in a statement last week. “To that end, the annual Miss USA and Miss Universe Pageants, which are part of a joint venture between NBC and Trump, will no longer air on NBC. In addition, as Mr. Trump has already indicated, he will not be participating in The Celebrity Apprentice on NBC. Celebrity Apprentice is licensed from Mark Burnett’s United Artists Media Group and that relationship will continue.”

In the wake of Trump’s statements, co-hosts Cheryl Burke and Thomas Roberts quit the Miss USA pageant, while judge Emmitt Smith and performers Flo Rida and J Blavin also dropped out. Roselyn Sánchez and Cristián De La Fuente, co-hosts on the Spanish-language simulcast of the show for Univision, left the pageant as well. (Univision had previously dropped the pageant from its schedule.)

“I have been through so many different things. I think we’re starting a new chapter, honestly. I don’t think it’s a question of not coming back,” Miss USA/Miss Universe president Paula Shugart told EW before the Reelz deal was announced. “We’ll just have to see. We’ve been around 64 years in different ways and many different forms so I think we’re just entering our next chapter. And I was here [as organization president] 13 years ago when we went from CBS ownership, where it had been so long, to NBC. No one had expected that either.”

This isn’t the first time Reelz has acquired a controversial property after it was pushed aside by an original home. Back in 2011, Reelz picked up the Katie Holmes miniseries The Kennedys, which was initially set to air on History. 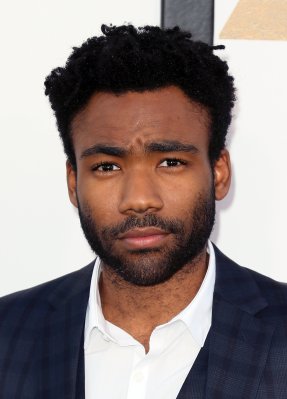 FX's Donald Glover Comedy Atlanta Gets Its Cast
Next Up: Editor's Pick