Everything to Know About Greece's Debt Vote

Q. Why and when are the Greeks voting on this referendum?

A. The Greek government called the referendum because it failed to get acceptable terms for debt relief and further assistance in four months of negotiations with the creditors. It felt it couldn’t agree to the last set of proposals received before the expiry of its bailout, because they couldn’t square it with their election promise to end austerity.

The referendum will be on Sunday, 5th July.

Q. So what are the Greeks actually being asked to vote on?

A. They’re being asked to vote on a set of proposals drafted by IMF, ECB and European Commission officials that were never formally completed or published.

This is the actual ballot. As you can see, the “No” (OXI) option, recommended by the government, is above the “Yes” (NAI) option.

For the non-Greek readers, (or for those who only know ancient Greek), here’s a translation:

The two documents referred to can be found here and here (debt sustainability analysis).

Q. What are the key points?

A. The most contentious demand is that Greece squeeze another 1% of GDP in savings out of its battered pension system, specifically by eliminating top-ups that have been desperately needed by poorer pensioners to keep themselves above the breadline in recent years. The other big point is the elimination of VAT exemptions for Greece’s islands. The government argues this threatens the existence of the tourism industry on the islands.

The DSA, meanwhile, almost–but not quite–brings itself to admit that the debt load is unsustainable. If Greece adopts and implements the conditions immediately, it says, then the debt-to-GDP ratio could fall to 124% by 2022 from over 175% right now. That’s the best case scenario, and not one that sits comfortably with the last five years’ experience. It’s also not many people’s idea of sustainability.

A. A ‘Yes’ vote would be the first step towards a third bailout agreement for Greece (the IMF suggested today that Greece will need €50 billion, or $56 billion, in financing to get it through to the end of 2018, as well as a 20-year grace period). The last one expired Tuesday.

Q. Could the Greek government collapse?

A. Probably. It has campaigned for a ‘No’ vote, so the blow to its credibility would be huge. Its electoral mandate–to end austerity while keeping the euro–would be obsolete. Individual ministers have already said they’ll resign in that event. However, the radical left-wing Syriza party is by far the largest in parliament, a large part of its lawmakers won’t sign any new bailout deal, and there is no stable pro-bailout majority without it. That points to new elections. Quite how negotiations could resume, and quite how the banks could reopen, in those circumstances isn’t clear.

Q. If Greece votes ‘No’, what happens?

A. Prime Minister Alexis Tsipras claims that a ‘No’ vote will strengthen the Greeks’ negotiating position by showing the strength of resistance to further austerity. However, the creditors have shown no sign that it would change their position. More likely is that the continued uncertainty will make it impossible for the banks, which have been closed since Monday, to reopen. They would be immediately faced with demands for cash that they can’t possibly meet. In practical terms, the banks couldn’t open again until the bulk of their liabilities–i.e. customer deposits–had been re-denominated in a new Greek currency. This would lead to a large part of the country’s savings being wiped out.

Q. Could this vote result in Greece leaving the Eurozone?

A. Absolutely, because it would be clear that the political will to share a currency with Germany and others was no longer there. How we get from A. to B. is unclear, because there are no precedents and no provisions for it in the E.U.’s treaty. There is a provision for leaving the E.U., but not even Tsipras wants to do that.

Q. Is the bailout deal they’re voting on even still on the table?

A. Not officially, but the creditors will look stupid, merciless and irresponsible if they don’t react to a ‘Yes’ vote with something to relieve the immediate pressure on Greece’s banks and the economy at large, and a large part of the political dynamic in this process is about dodging blame for the whole mess. It’s tempting to think that, once Syriza is out of government, some form of debt restructuring will become politically possible. The creditors would rather eat dirt than reward a party, and individual ministers, that they regard as dangerous charlatans.

Q. What does this mean for the global economy?

A. A ‘Yes’ vote would remove one of the big geopolitical risks that are currently holding back investment in the Eurozone, which would be a clear bonus to global growth (the Eurozone is over two-thirds of the E.U. economy, which about 20% of world GDP).

A ‘No’ vote, could have quite mild consequences if Greece can be kept inside the Eurozone and the ECB douses the flames of market fear with a flood of liquidity. That wouldn’t be as good for the economy, but it would at least contain the damage to financial markets. But a ‘No’ vote that leads to “Grexit” is another matter. Again, one would expect the ECB to throw money at the markets to keep volatility down, but the sight of European integration going into reverse would nix a basic geopolitical assumption of the last 60 years. The resulting political uncertainty could be highly damaging for investment not only in Europe, but also further afield. 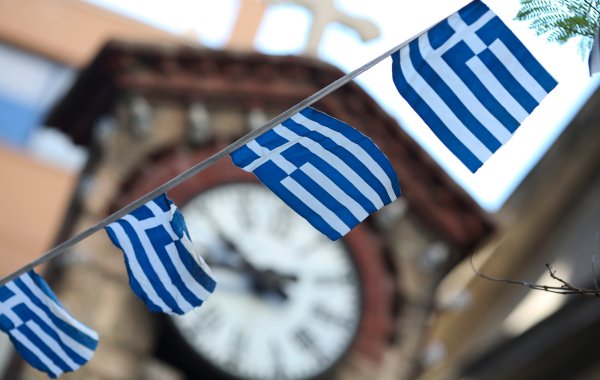 This Is the Method in the Greece Madness
Next Up: Editor's Pick