Arby’s, the American restaurant that offered Jon Stewart a job and bought the oversized brown hat that Pharrell wore at the 2014 Grammys, is out with a new gimmick called the “Vegetarian Support Hotline.” Just dial 1-855-Meat-HLP, which launched Tuesday to promote the brand’s brown sugar-glazed pepper bacon.

The chain thinks the new menu item, available through July only, sounds so delicious that vegetarians will be “tempted” to eat it. When the number is dialed, there are different prompts depending on whether or not the caller has caved in. An example of the so-called “reassuring” advice that it dishes out: “Now, take a deep breath, and go make a salad.”

But aren’t vegetarians usually health-conscious people? And isn’t bacon so unhealthy in the first place that adding brown sugar would just turn them off bacon (and meat in general) even more? Just a thought…

Also, the Internet may be interested to learn that, while there isn’t a human operator on the line, callers are supposed to be able to leave a message, so happy trolling. 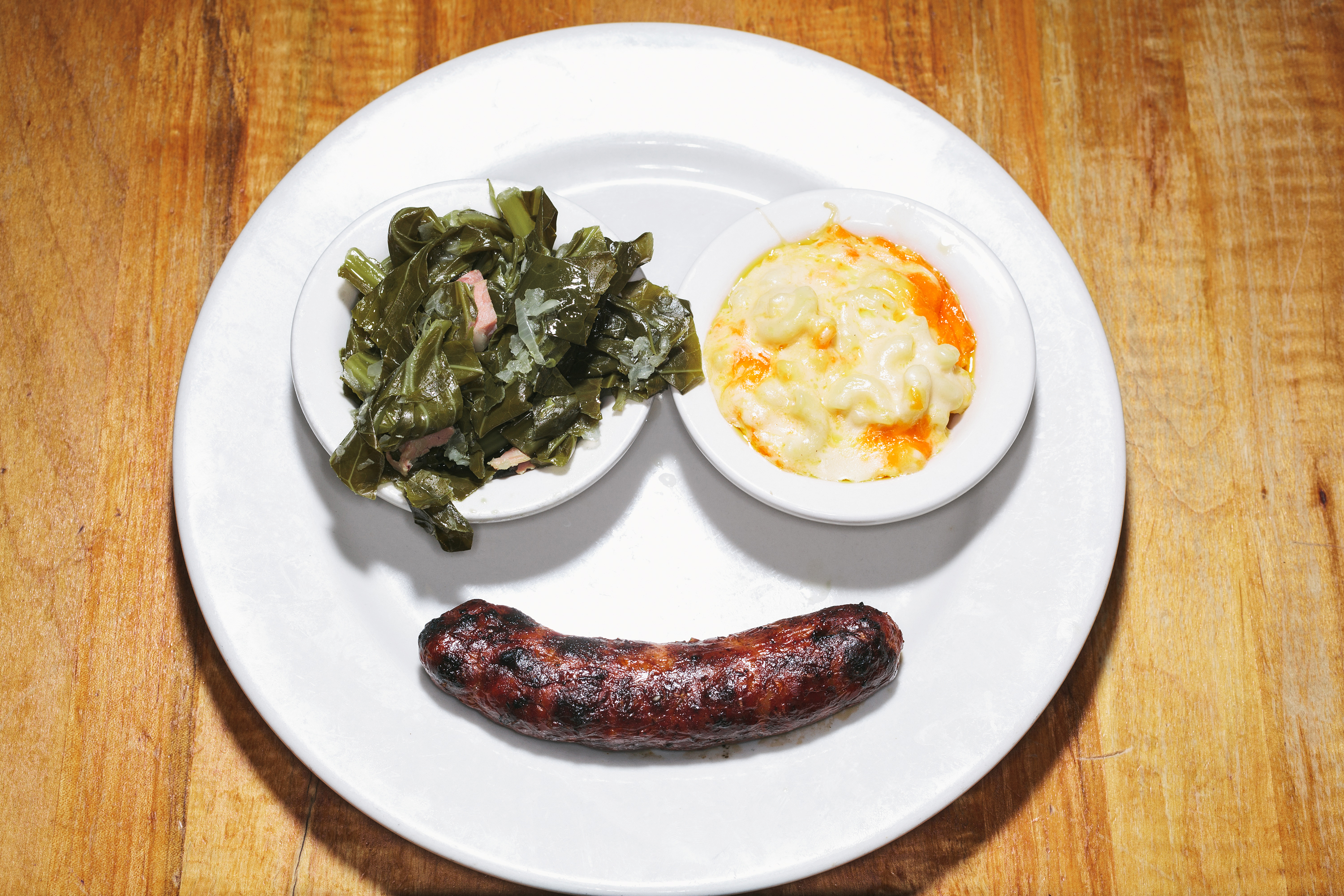 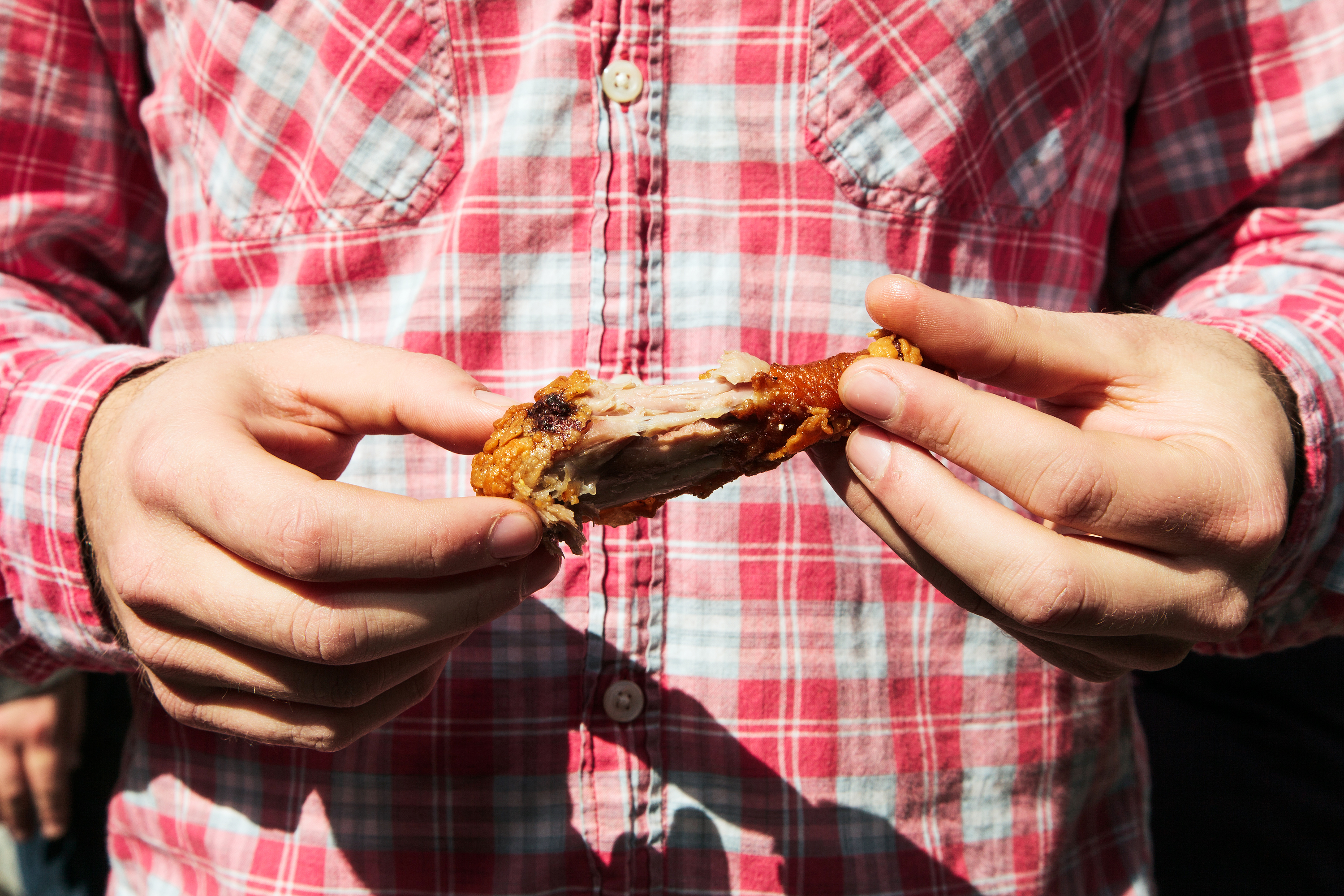 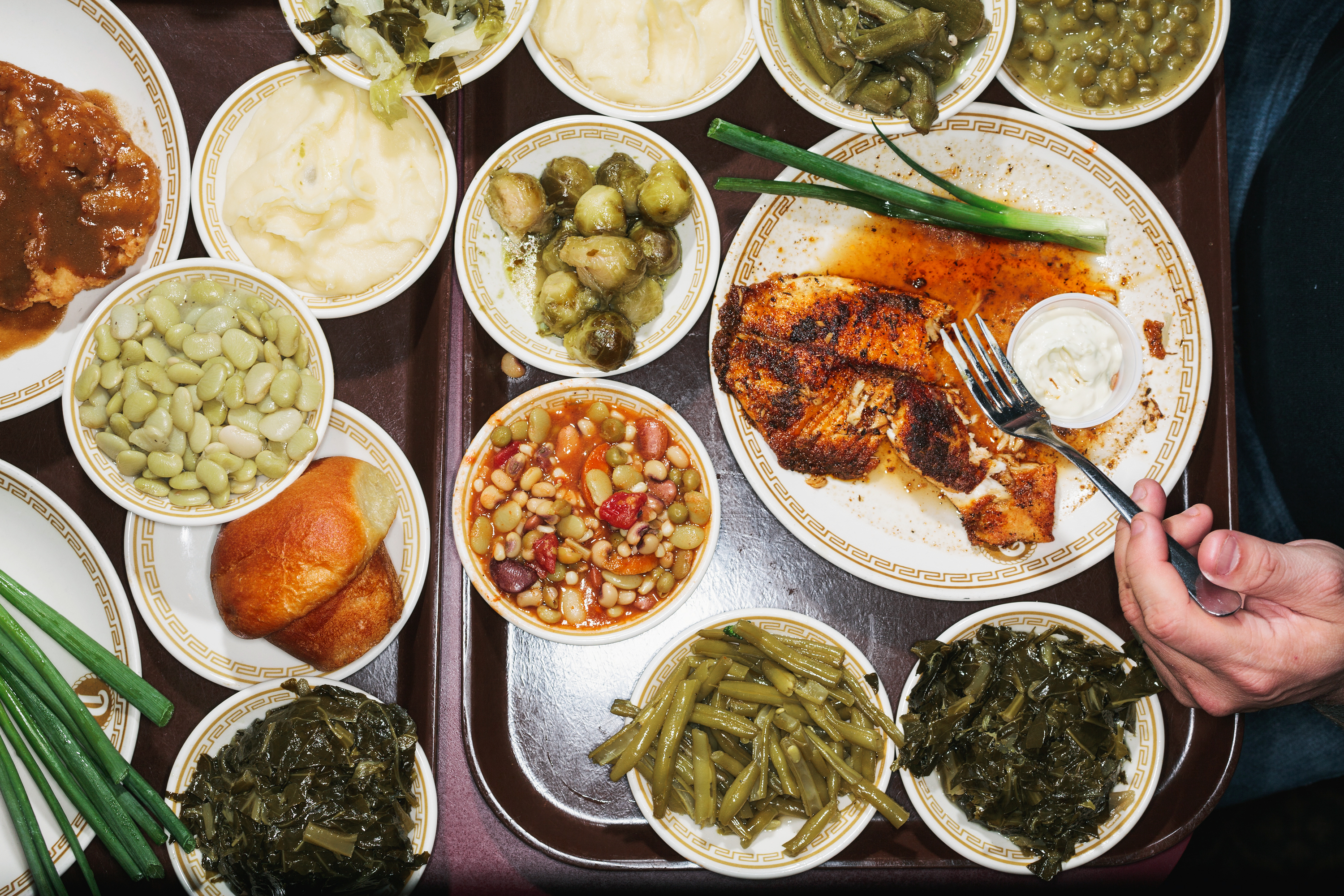 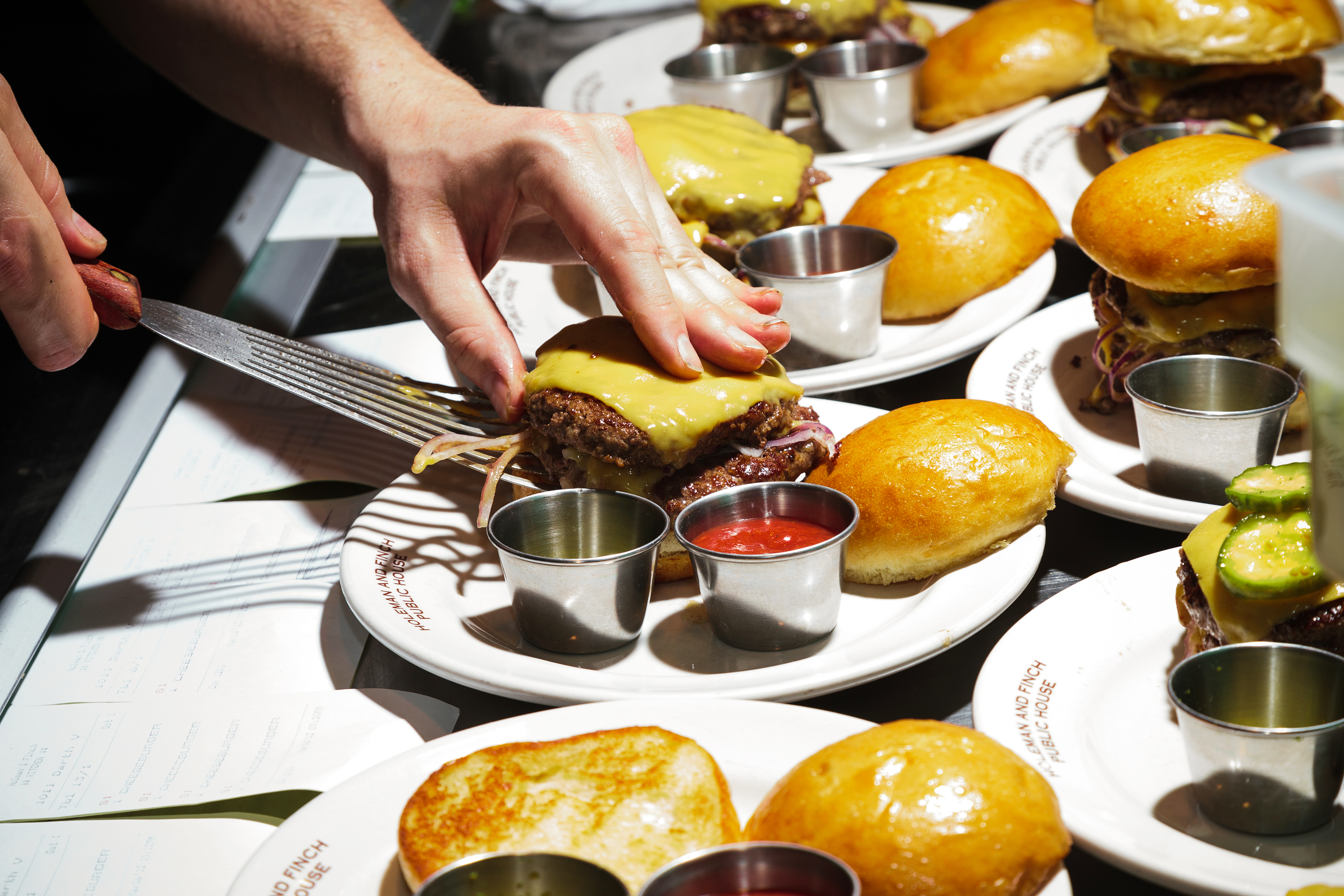 Holeman & Finch Public House in Atlanta infamously serves only 24 burgers a night, at around 10 pm. Get there early; they almost always sell out.
Andrew Hetherington 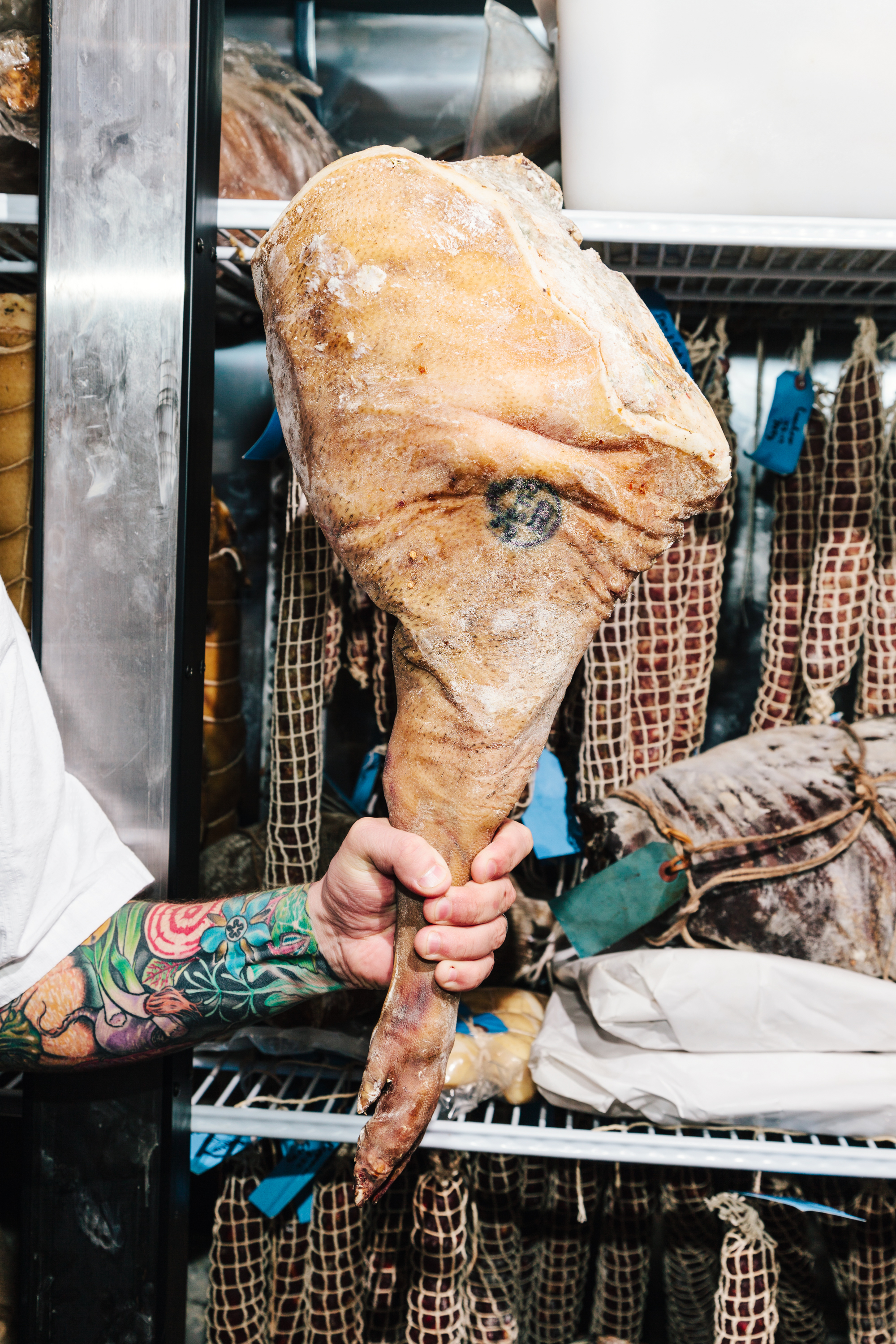 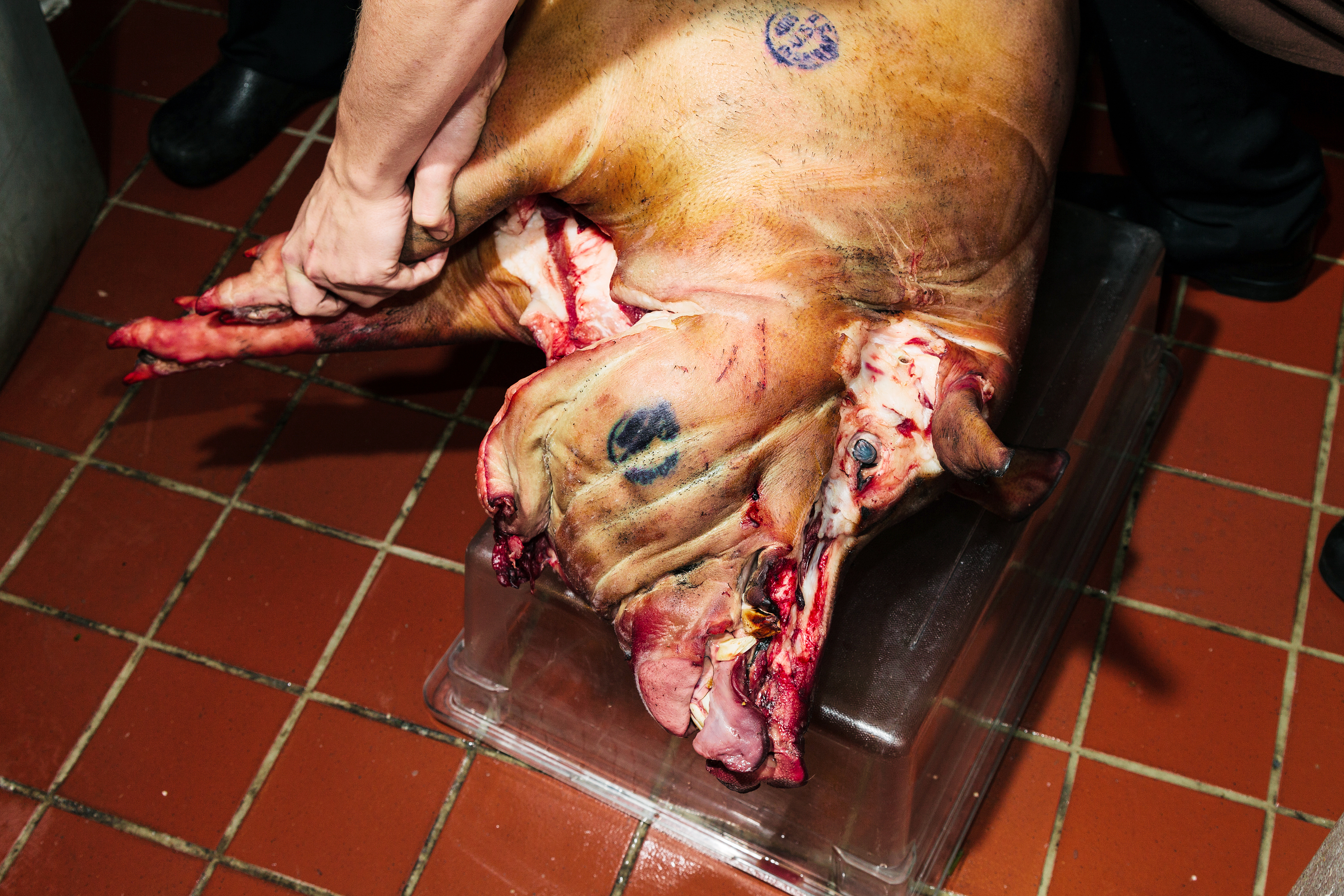 Whole pig ready to be butchered at Husk in Charleston, S.C.
Andrew Hetherington 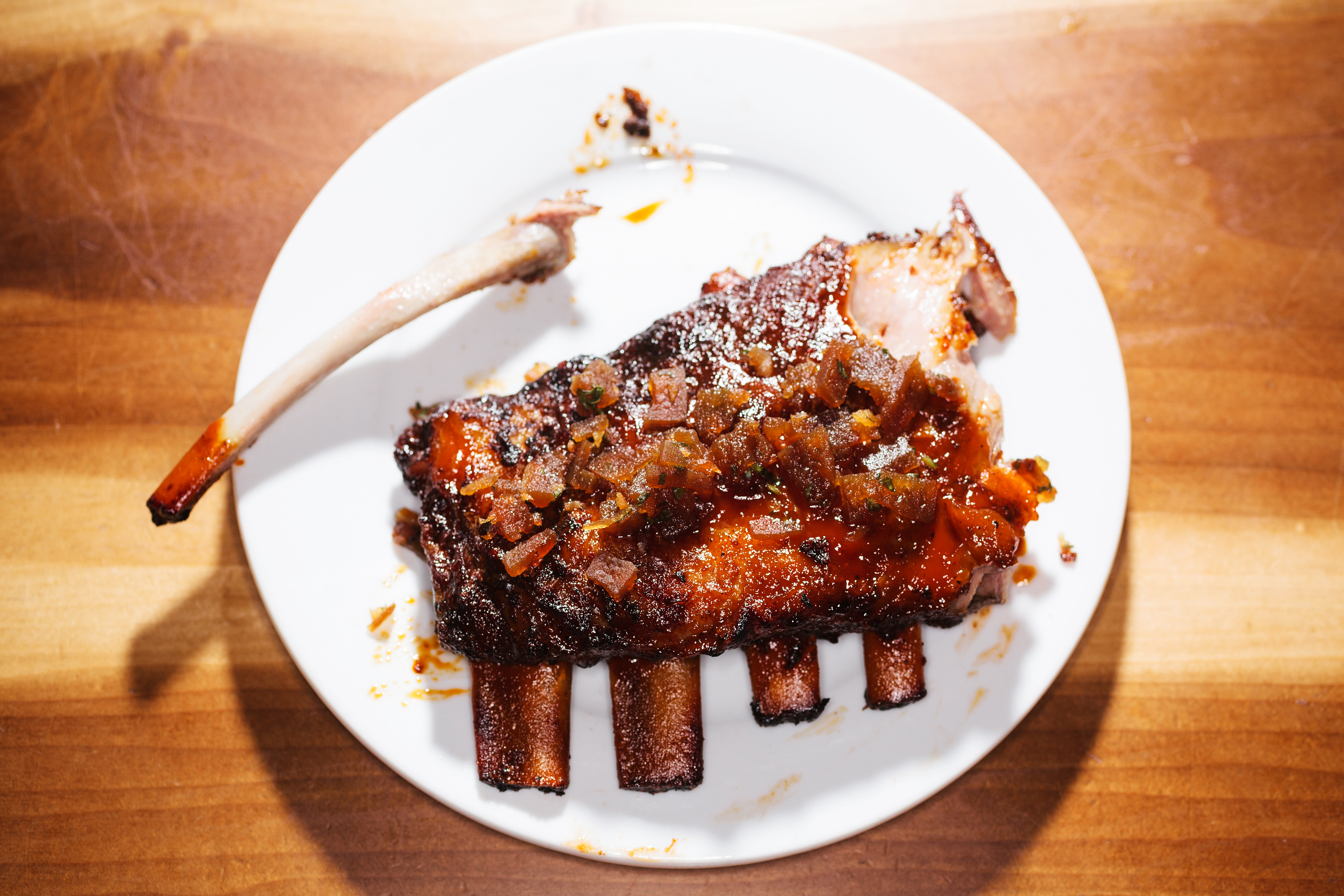 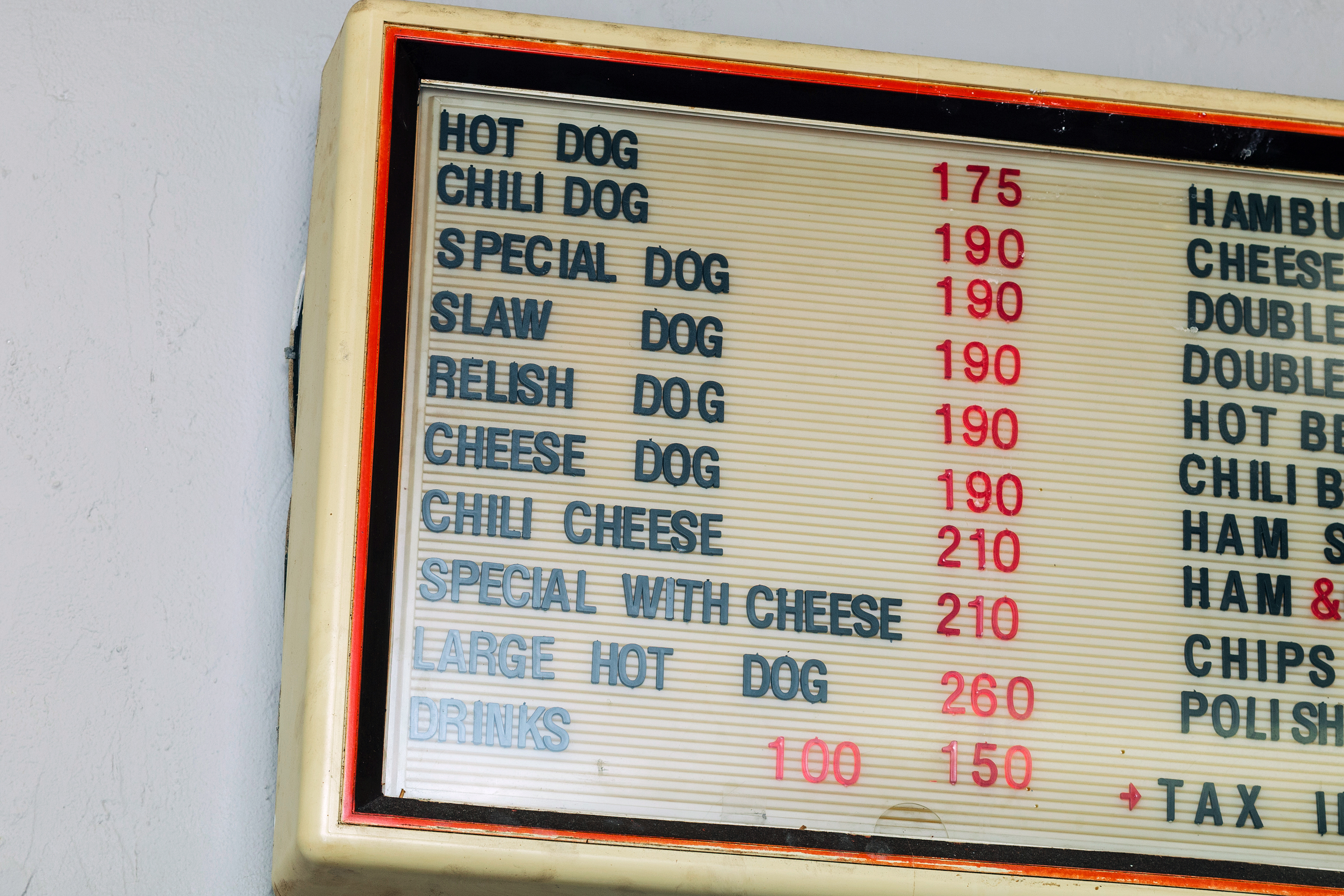 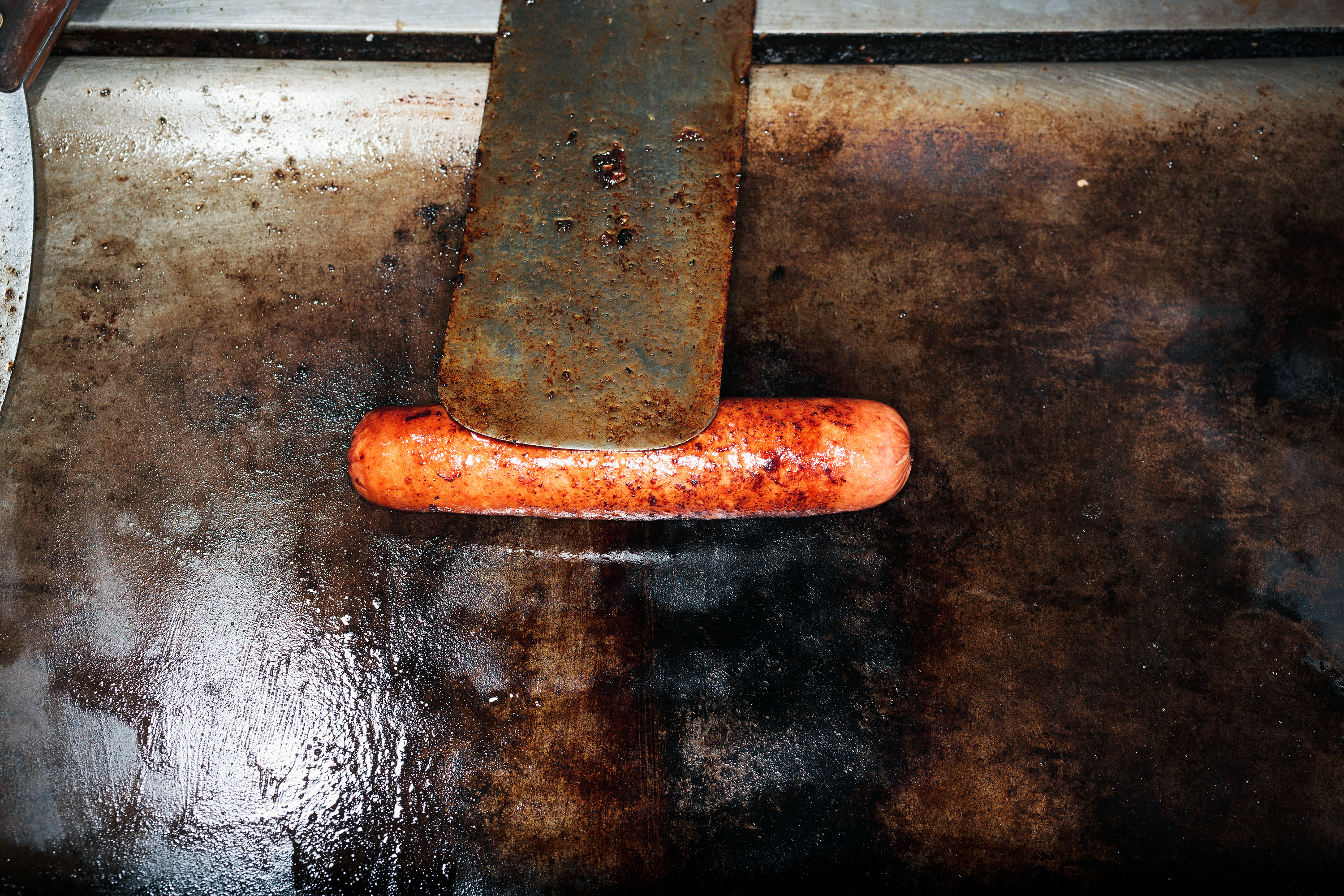 Hot dog on the griddle at Gus's in Birmingham, Ala.
Andrew Hetherington 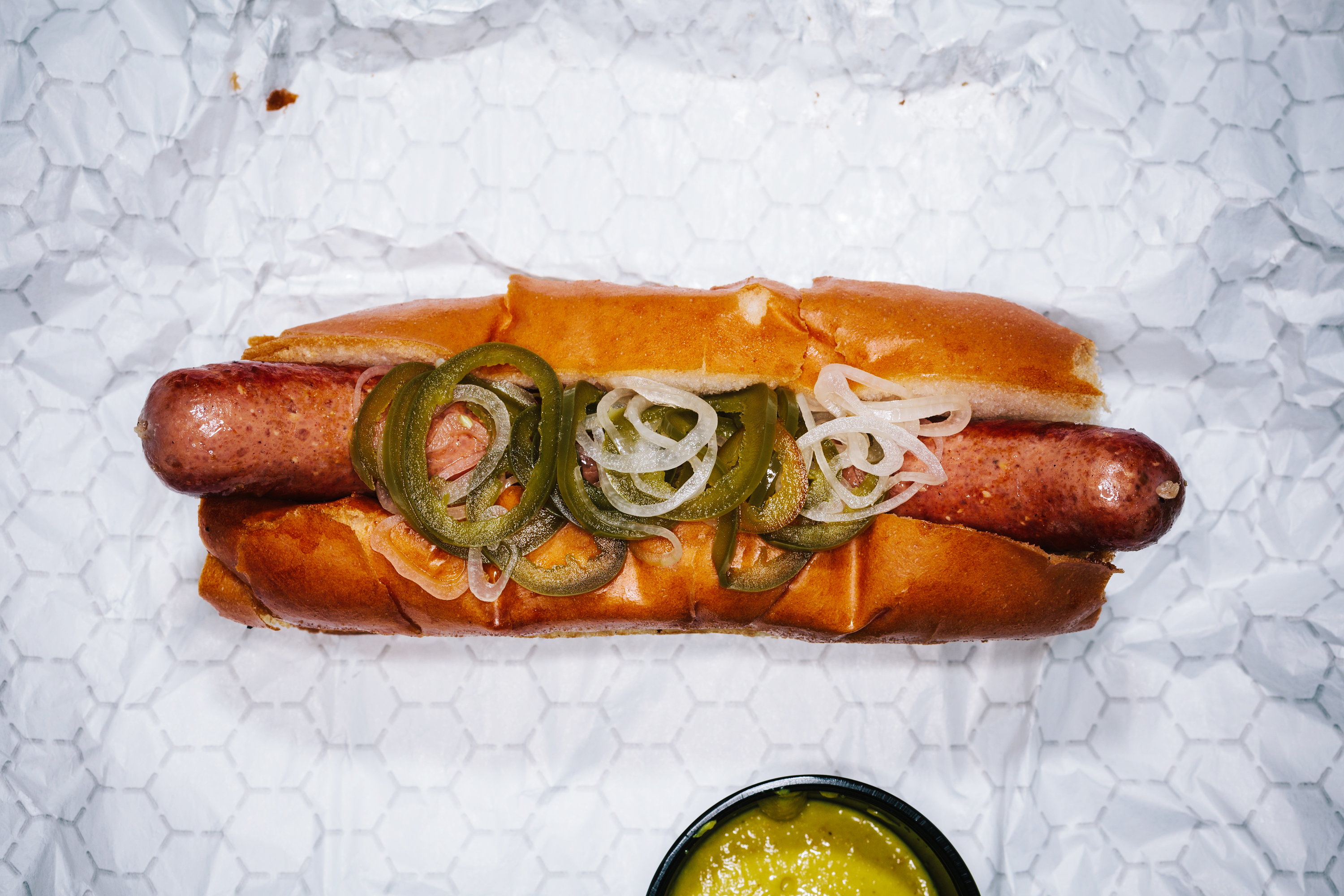 The finished product at Gus's in Birmingham, Ala.
Andrew Hetherington 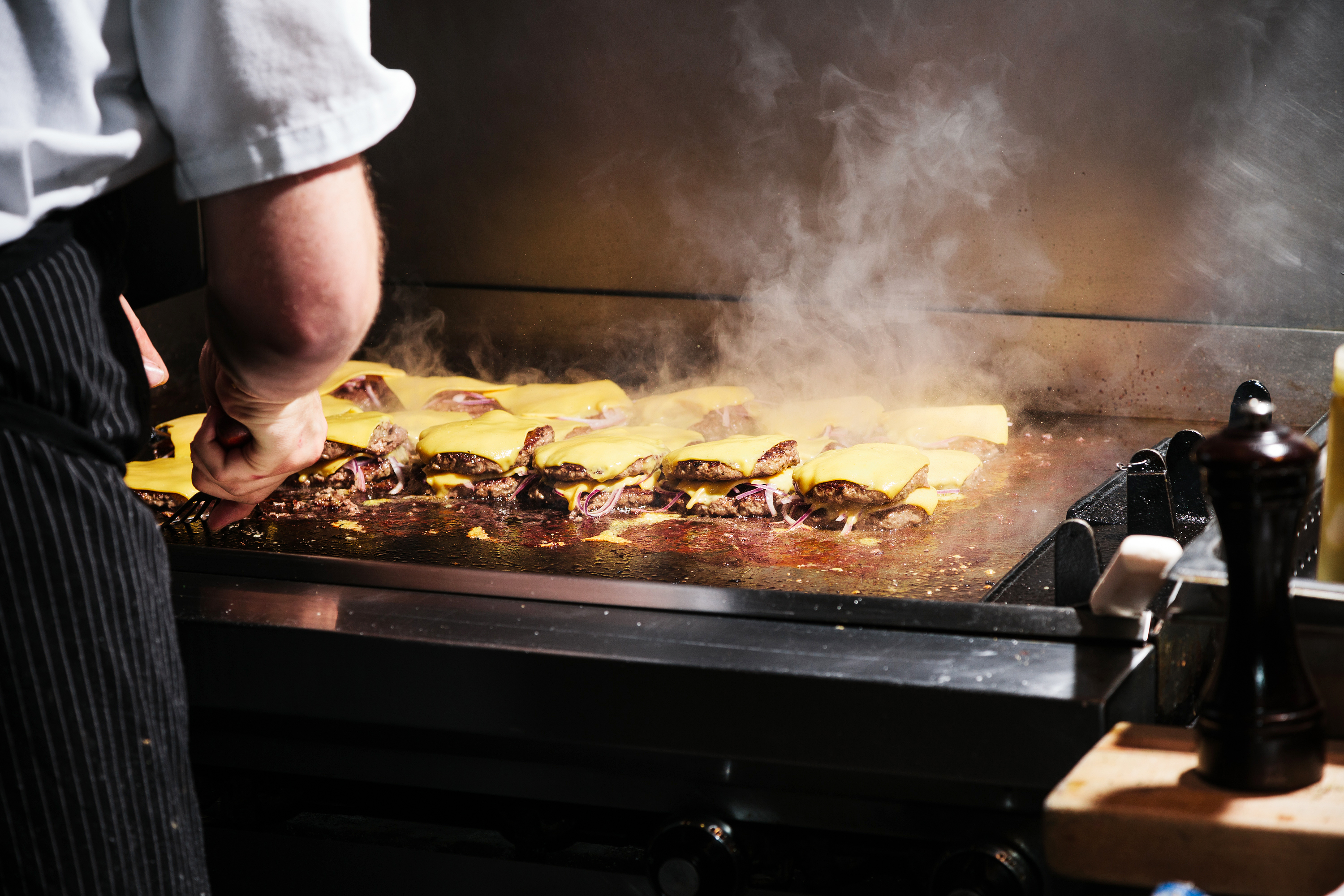 All 24 burgers on the griddle at the same time at Holeman & Finch Public House in Atlanta.
Andrew Hetherington 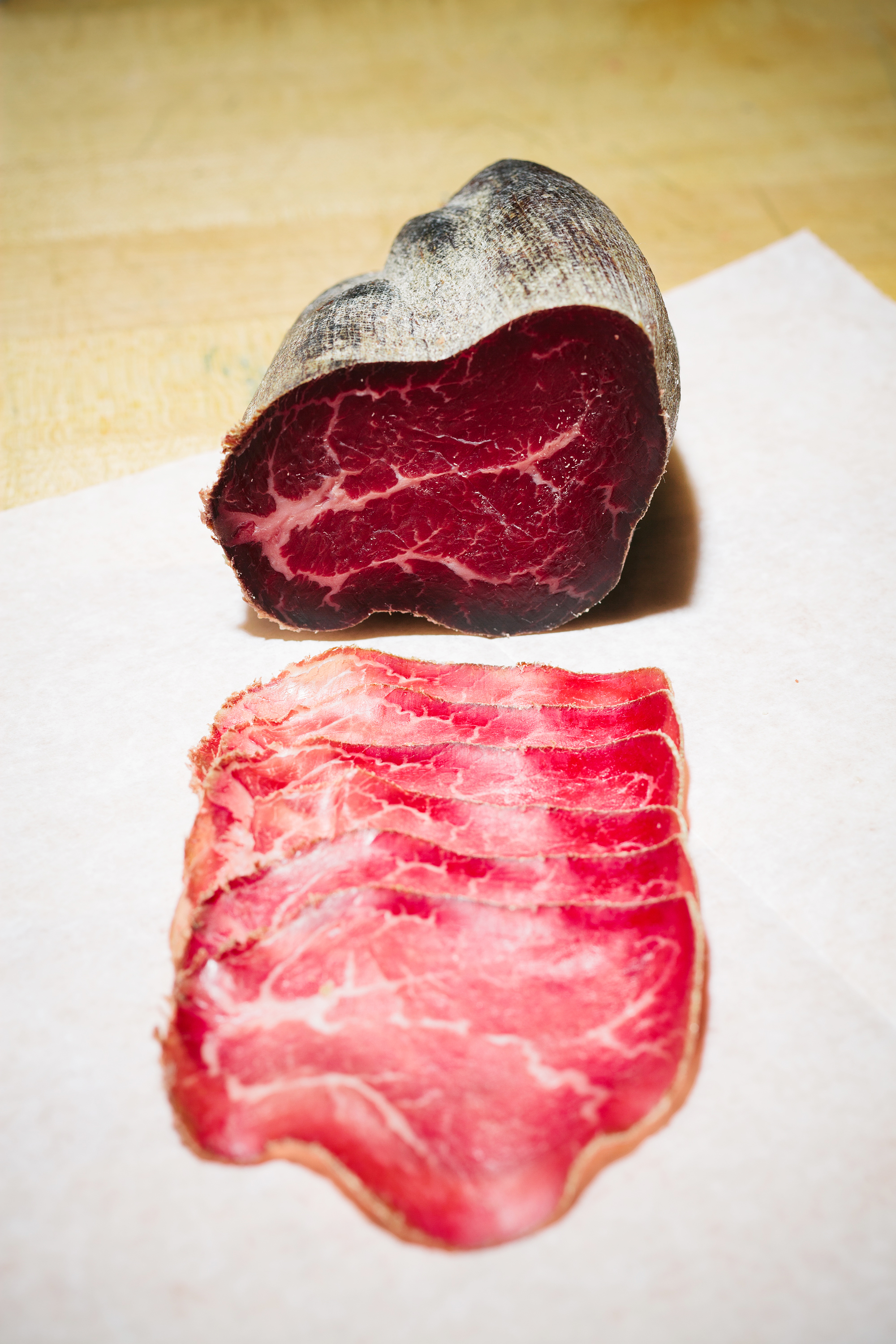 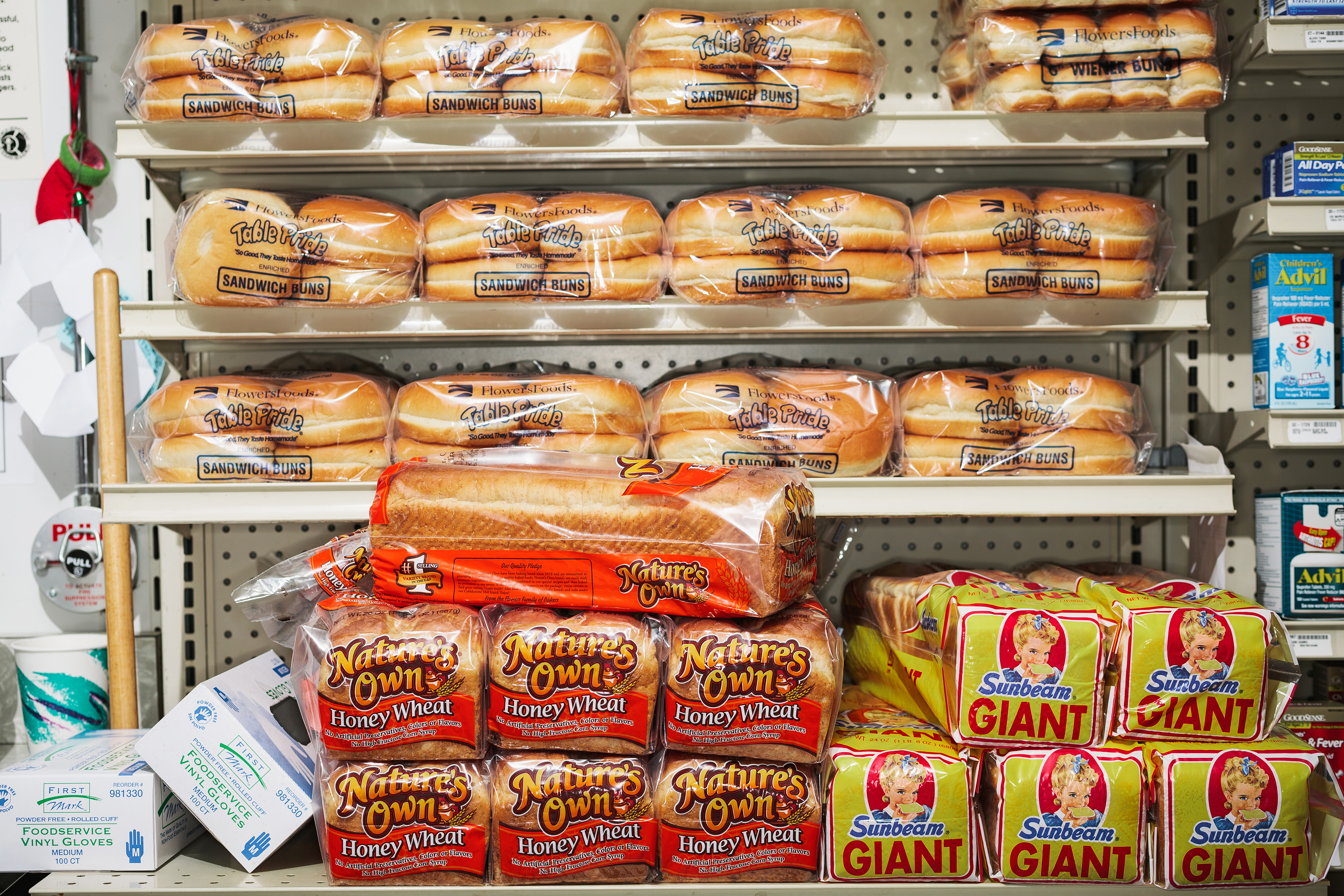 Bread for sandwiches and hamburgers at the soda fountain in Add Drug in Athens, Ga. The store is well known for the best-value lunch in town.
Andrew Hetherington 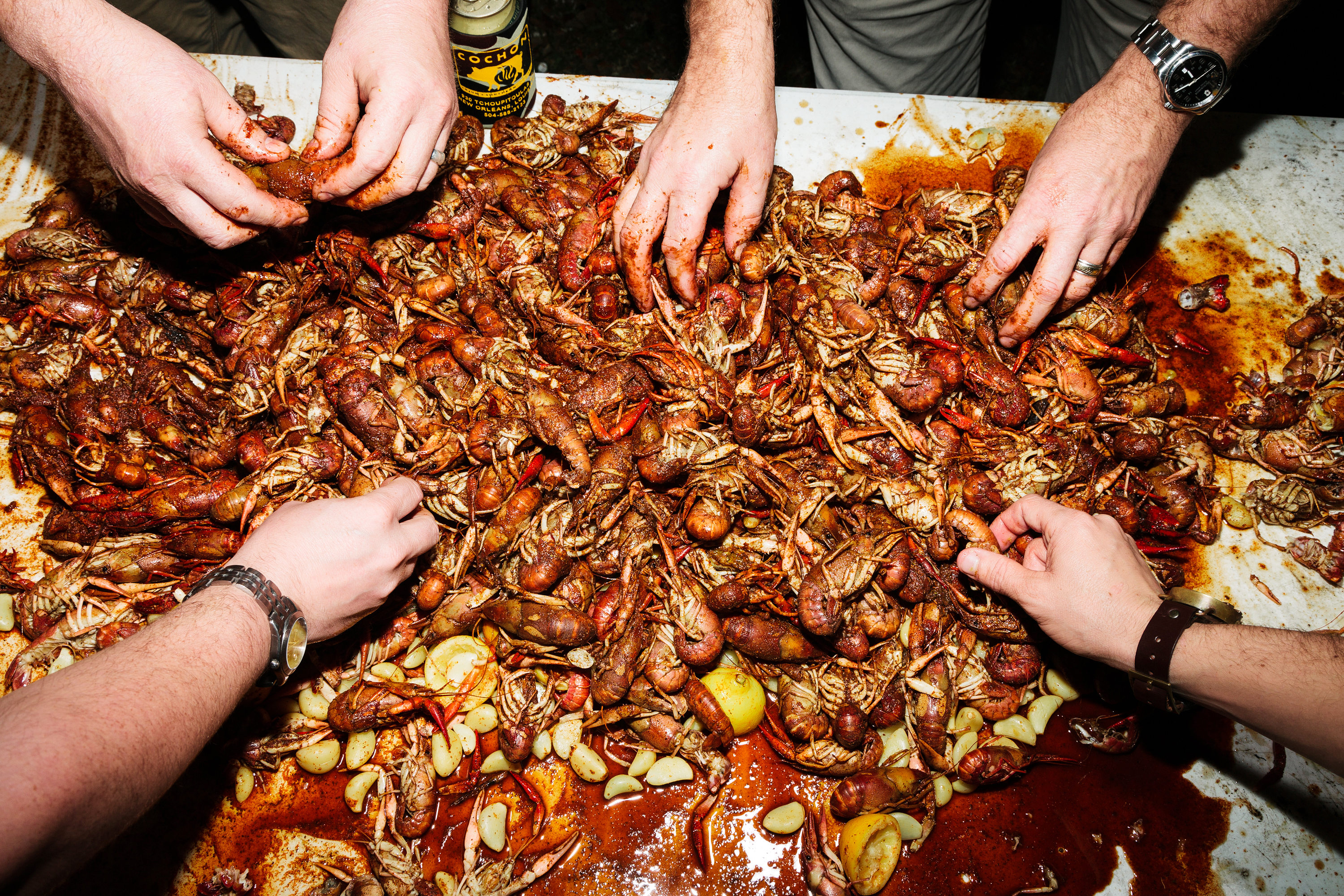 Crawfish boil on the banks of the Mississippi in New Orleans with chefs Donald Link and Stephen Stryjewski of Cochon restaurant. The crawfish are cooked with lemons, garlic, and salt, then tossed with Old Bay and Cajun spices before being dumped on a plastic table for eating.
Andrew Hetherington 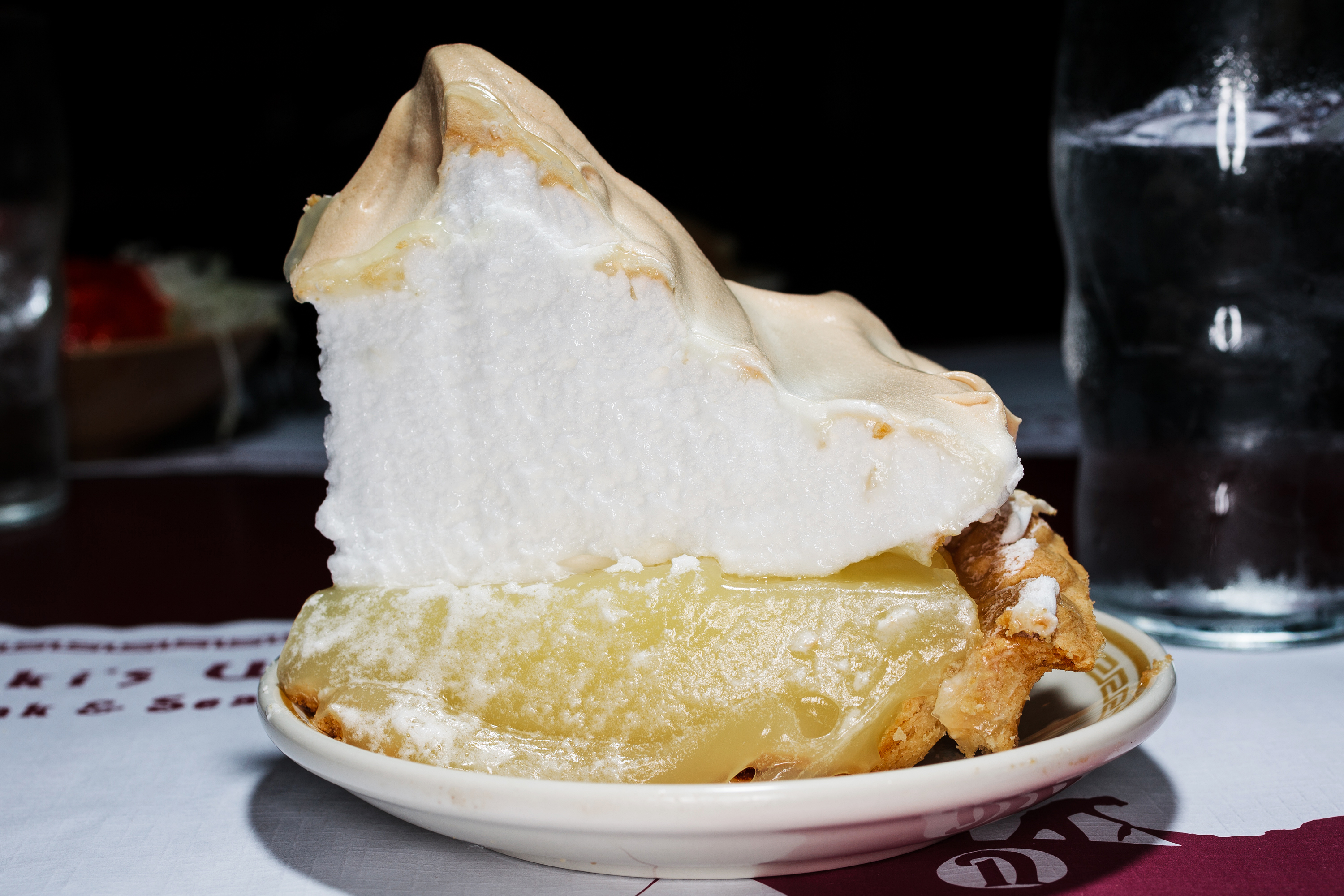 Lemon meringue pie at Niki's West in Birmingham, Ala.
Andrew Hetherington
1 of 15
Advertisement