Chief Justice John Roberts’s decision in King v. Burwell, upholding the capacity of federal exchanges to provide insurance subsidies, has drawn fire as an unprincipled expression of support for Obamacare. This charge is unfair. It is a principled decision, implementing a well-established, if wrong-headed, theory of statutory interpretation, giving greater weight to what the court sees as the overriding purpose of legislation rather than its text. Unfortunately, that theory is one that is likely to aid progressivism, because it tends to make judges partners in legislative programs to expand state power.

For Roberts, however, this interpretation would defeat what he sees as the purpose of the Act: to expand insurance for those previously uninsured. If a state didn’t set up an exchange, the federal exchange operating in the state could not accomplish this purpose, because most people without insurance could not afford to purchase at market prices. Worse still, the lack of subsidies would create a risk of a “death spiral” in the availability of insurance. Because Congress prohibited insurers from excluding people with preexisting conditions, many people would wait to purchase insurance until they got sick—a rational decision for some, since even the cost of paying a fine for failing to comply with the mandate to buy insurance would be small compared with the amount required to buy unsubsidized insurance.

Roberts’s approach privileges the purpose or intent of the statute over the most plausible import of its text. It is not a novel move in statutory interpretation, and it has many adherents among legal theorists. The method works well, for instance, in interpreting the contracts made between two people—understanding their language not in terms of its plain meaning but in terms of the shared intent of the parties, i.e., the overriding purpose that the contract was intended to serve.

But as law professor Mark Movsesian has suggested, while such a method of interpretation may be appropriate for contracts, it is not appropriate for statutes. One formidable difficulty is that while a contract, when it is an agreement between two people, may have a single overriding purpose, federal legislation is a product of 535 legislators plus the president. It’s hard to distill an overriding intent or purpose from such a collection of wills, particularly in complex statutory schemes.

The Affordable Care Act is a case in point. While one objective was indeed to insure the uninsured, another was to encourage the states to experiment and to prevent undue location of authority in the federal government. As the now famous video by Jonathan Gruber shows, some of the ACA’s supporters embraced the natural purpose of the plain meaning of its subsidies provision. Permitting only state exchanges has the advantage of motivating each state to establish exchanges. Otherwise, their taxpayers will wind up paying for the subsidies in other states. Indeed, now that subsidies will become available on federal exchanges, a number of states will likely give up their exchanges, further centralizing power in the federal government.

Moreover, unlike a contract, a statute is written for people who are not parties to its making. This difference provides another reason to interpret a statute according to its plain text rather than forcing citizens to figure out which of many purposes the text should be thought to serve—let alone trying to divine the intentions of the legislators who passed it. In this sense, “textualism” reflects the rule of law, rather than that of particular people.

“Purposivism,” by contrast, makes the task of progressives easier. Textualism requires progressives to change the world expressly, one line of text at a time, but purposivism enlists the courts as allies. They can then use the broad purposes of the legislation to smooth out obstacles that compromises, mistakes, and tensions among multiple objectives may have created.

One section of Roberts’s opinion demonstrates how his method of interpretation transforms the judiciary and the legislature’s role under the separation of powers. In response to the argument that interpreting away the clear import of the text would traduce the venerable rule against treating language as without effect, Roberts noted that the statute as a whole seemed so badly drafted that this rule—against “surplusage”—might not apply. And indeed, the statute was badly drafted, because it didn’t go through the regular order of a House and Senate conference committee, where different objectives are often reconciled and language is revised. The reason was that Senator Scott Brown’s victory in Massachusetts deprived the Democrats of their filibuster-proof majority and forced ACA proponents to enact the original unrevised version that the Senate had already passed. Thus, Roberts’s method of statutory interpretation allows progressives to push legislation fraught with contradictions and tensions through the legislature, confident that the Supreme Court will refine it through interpretation to advance its broadest and most abstract purposes. Conservatives, in contrast, rarely enact the kind of comprehensive legislation reordering markets or society that requires such help to make it coherent.

Justice Scalia decried Roberts’s opinion as showing favoritism toward the Affordable Care Act. Perhaps. The more substantial concern is that the chief justice has endorsed a method of statutory interpretation that aids the progressive agenda more generally.

John O. McGinnis is the George C. Dix Professor in Constitutional Law at Northwestern University School of Law and the author of Originalism and the Good Constitution. This article originally appeared on City Journal 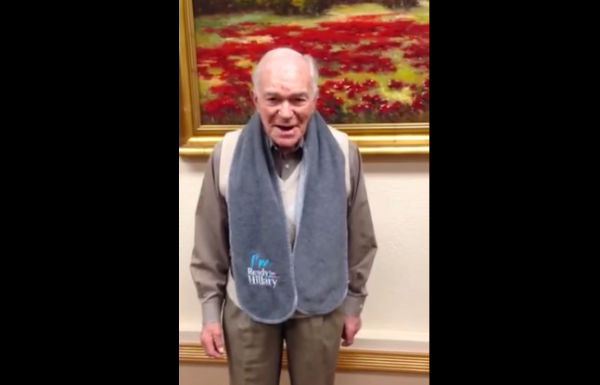 Watch a 93-Year-Old Man Sing a Campaign Song He Wrote for Hillary Clinton
Next Up: Editor's Pick