An Albuquerque Police Department officer collects evidence after a man was killed and another injured during what police say was an altercation between the two at a Motel 6 in Albuquerque, N.M. on June 30, 2015
Adolphe Pierre-Louis—Albuquerque Journal/AP
By Alissa Greenberg

Chuck de Caro and his wife Lynne Russell got more than they bargained for when they stopped at an Albuquerque Motel 6 on June 30 during a cross-country road trip.

A man allegedly forced his way into the room that the former CNN special assignments correspondent and former Headline News anchor were sharing after Russell went to retrieve something from her car around midnight, CNN reports.

The man held Russell at gunpoint, she said, and was going through the couple’s valuables when de Caro opened fire using one of the couple’s two guns, which his wife had retrieved from a side table and passed him surreptitiously in her purse. A firefight ensued, and both de Caro and the intruder were hit.

The suspected intruder died at the hospital; de Caro, who sustained three bullet wounds to the leg and torso, is expected to make a full recovery. The couple maintain that both of the guns they used in self-defense were legal, and Albuquerque police spokesman Fred Duran told CNN he did not expect any charges to be filed. 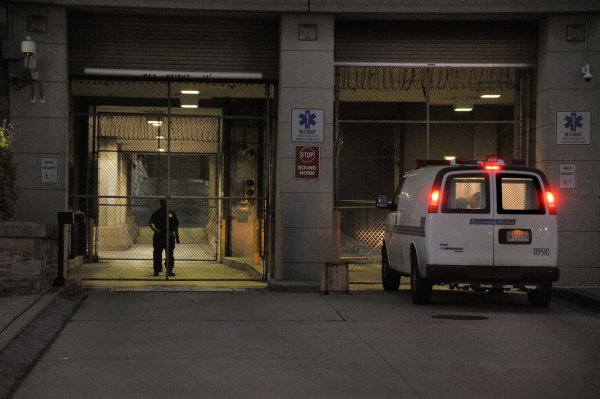 Baltimore Will Put Working Cameras in Police Vans
Next Up: Editor's Pick