Christie Opposes Exemptions for Clerks Who Object to Same-Sex Marriage

New Jersey Gov. Chris Christie broke with many in his party’s social conservative wing Wednesday, telling reporters that government employees who have objections to issuing same-sex marriage licenses should not be allowed to opt out.

While many conservatives have called for steps to protect government employees who have objections to Friday’s same-sex marriage ruling from the Supreme Court, Christie said those who work for the government should abide by their oaths.

“I think for folks who are in the government world, they kind of have to do their job, whether you agree with the law or you don’t,” Christie told reporters following a town hall at a lakeside home, noting there are laws that he enforces as governor that he disagrees with. “I’m sure there are individual circumstances that might merit some examination,” he added, “but none that come immediately to mind for me.”

Other Republican presidential candidates have stressed the importance of protecting religious freedom. Fellow GOP presidential candidate Bobby Jindal issued an executive order in May in an attempt to protect those who believe that same-sex unions should not be recognized. His executive counsel released a memo Monday arguing that state employees with objections should be protected.

Former Arkansas Gov. Mike Huckabee took a similar line on Sunday: “If they have a conscientious objection, I think they should be excused.”

When asked about protection for clerks who object to providing same-sex marriage licenses, Christie implied that there could be specific accommodations made for religious exemptions on a case-by-case basis. But overall, he said those trying to opt out should rethink how they are doing their jobs.

“You took the job and you took the oath,” he said. “When you go back and re-read the oath it doesn’t give you an out. You have to do it.” 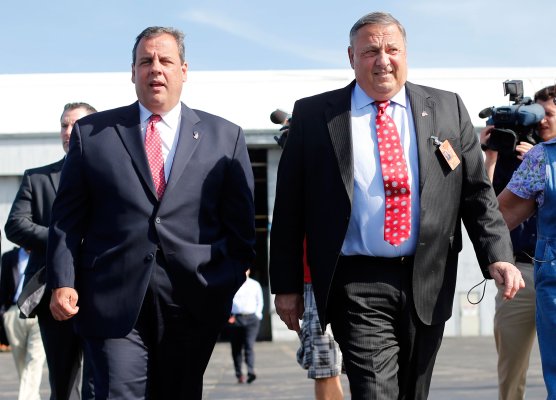