Bernie Sanders Catching Up to Hillary Clinton in Iowa

Senator Bernie Sanders (D-VT) speaks at a campaign event at Drake University on June 12, 2015 in Des Moines, Iowa. Sanders, an advocate of providing free college education to all Americans, was greeted by a standing-room-only crowd at the event.
Scott Olson—Getty Images
By Sam Frizell

Sen. Bernie Sanders is gaining in the polls against Hillary Clinton in Iowa, continuing his momentum in the early primary states two months after entering the race for the Democratic nomination.

The self-described democratic socialist is now favored by 33% of Democratic caucus-goers in Iowa, doubling his support since early May and coming within just 19 points of Clinton, who is at 52%, according to a new Quinnipiac poll. Clinton, however, still has significantly greater name recognition than Sanders in Iowa, where 26% of Iowans haven’t heard enough about the Vermont senator to rate him.

Sanders’ blend of progressive liberalism and dire warnings about income inequality have earned him a sizable and growing base of supporters across the country. More than 200,000 people have contributed to his campaign, and large numbers have shown up to support him at events ranging from New York’s massive LGBT Pride Parade last weekend to Wednesday night’s rally in Madison, Wis., which attracted an audience of some 10,000, according to the Associated Press.

He has also been drawing large crowds to his events along the campaign trail in Iowa. “We have the rule of half that we teach our organizers: if 20 people say they’re going to show up, it’ll be 10,” said Pete D’Alessandro, the state coordinator for Sanders’ Iowa operation. “But at Sen. Sanders’ events, we’ve been consistently over 100% of our RSVPs. Until it doesn’t happen, we feel confident our turnout is going to be higher.”

In Iowa, Sanders’ campaign has adopted much of the support garnered by the Run Warren Run campaign, a liberal movement to encourage Sen. Elizabeth Warren of Massachusetts to enter the race. Blair Lawton, Run Warren Run’s Iowa field director, has joined the Sanders campaign as Iowa’s political director and brought along knowledge of the local progressive scene.

Sanders has climbed the polls in New Hampshire, too, coming within 10 percentage points of Clinton in the Granite State. He has represented the neighboring state of Vermont since in the U.S. House and in the Senate since 1991. He has called for free public university, breaking up large Wall Street banks, aggressively fighting climate change and a $1 trillion infrastructure rebuilding program.

Despite his gains in the polls, Sanders is a long shot to win the Democratic nomination. Clinton is far better funded and better organized than Sanders, and the former secretary of state is widely seen as a more viable candidate in a general election. 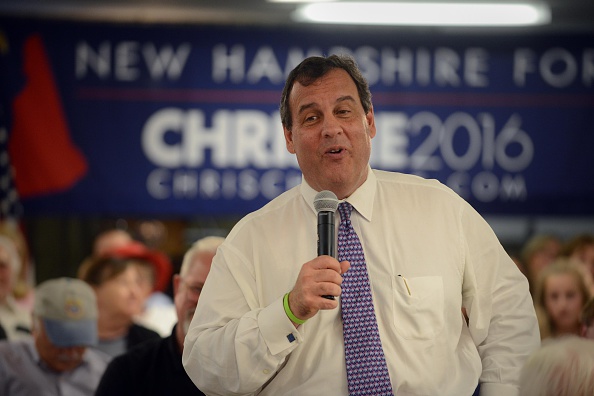 Christie: Clerks Opposed to Same-Sex Marriage Must Do Job
Next Up: Editor's Pick