President Barack Obama talks to a man in the audience as he takes questions at Taylor Stratton Elementary School in Nashville on July 1, 2015, about the Affordable Care Act.
Carolyn Kaster—AP
By Maya Rhodan

When a man named James Davy Crockett asked the President a question at a town hall on Wednesday, President Obama had some questions of his own—and also, the urge to sing.

“Is your name really Davy Crockett? That’s a cool name,” Obama said. “But you don’t have that beaver cap?”

“I’ve got one at the house,” Crockett replied. (The frontiersman Crockett was actually known for a coonskin cap.)

Obama then recalled the Davy Crockett show that aired in the 1950s. “”Ya’ll remember that TV Show?” he asked the giggling crowd at Taylor Stratton Elementary School in Madison, Tenn. He then briefly broke into the show’s theme song.

The President’s exchange with Crockett began much more seriously—Crockett told the President he had unsuccessfully tried to get Social Security benefits, but had been turned down four times. Crockett’s story has been highlighted in the past, with an April Tennesseean article detailing his struggles with his health and gaining insurance. During Wednesday’s event, Obama promised to reach out to the Social Security Administration to get Crockett’s application expedited.

Obama took questions for about 50 minutes from a friendly crowd at the elementary school. He said his work on health care was not yet finished and thanked local leaders for their work in getting people in their states insured. The event followed the recent Supreme Court decision that kept the Affordable Care Act in place.

Watch a clip of Obama’s exchange with Crockett: 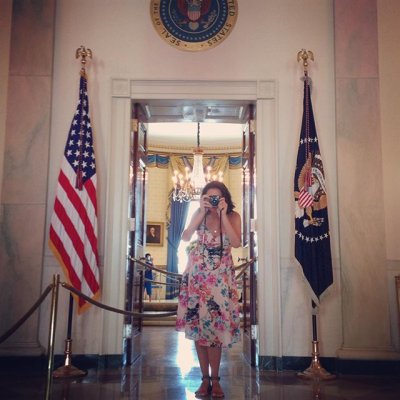 See the First Tourist Instagrams Taken at the White House
Next Up: Editor's Pick