Now Blood Donors Can Get a Text When They Save Lives

The usual visit to a blood donation center goes something like this: you enter a sterile room, ease into a seat or lie down and have your blood drawn. Besides a handful of free cookies, you leave with nothing more than the noble sense of being a good citizen, and your part of the transaction is complete.

In Sweden, however, a simple text message is moving blood donation from an activity of the generous to a social media worthy event. Launched three years ago to combat paltry donation rates, the hospital using the pioneering text campaign, Sahlgrenska University Hospital in Gothenburg, Sweden, sends a text to a donor acknowledging their contribution. When the blood has been dispensed to someone in need, the clinic sends a follow-up text.

The system has seen a resurgence in attention thanks to a viral tweet from Swedish designer Robert Lenne:

The text program also includes a “nag me until I become a blood donor” option, reports Ragan’s Health Care Communication News. Choose it, and you’ll receive texts like “We won’t give up until you bleed” to (not so subtly) encourage you to donate.

In a post on behavioral economist Richard Thaler’s just-launched blog “Misbehaving,” Allison Daminger and Jamie Kimmel note the role of “nudges” in getting people to do otherwise mundane or uncomfortable tasks, like giving blood. The idea is simple, they write: offer potential donors proof that their contribution is going to a good use. The problem with blood donation, along with other acts of charity, is that if a donor doesn’t know the recipient of a gift, it’s harder to convince them that donating is beneficial, they write.

It’s not yet clear whether or not the campaign boosts donation rates, say Daminger and Kimmel. “There simply haven’t been many evaluations of similar programs,” they write.

What it does do well, however, is to tap into the ultimate millennial form of flattery, they say—personal connection with a social media twist.

The U.S., too, offers some options to track blood donations. In 2014, they launched a Blood Donor App was to track the journey of the donation, according to Kara Lusk Dudley, public affairs manager in biomedical communications at the American Red Cross. The organization also emails donors when their donation is shipped.

But a text with a witty vampiric nudge? Not quite yet. 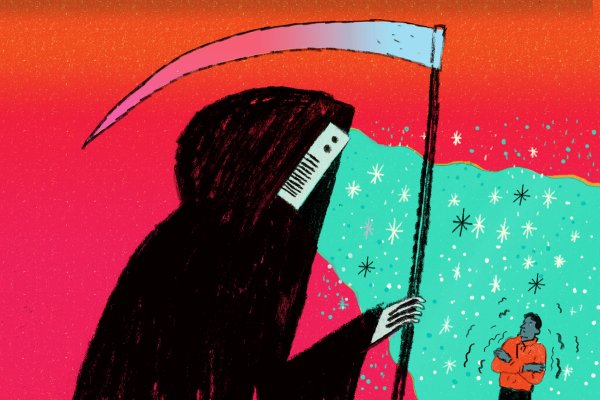 You Asked: Is My Air Conditioner Killing Me?
Next Up: Editor's Pick