Visa has joined MasterCard and American Express in agreeing to withdraw as a payment option from the adult section of Backpage.com—meaning the digital currency Bitcoin will soon be the only way to advertise sex services on the site.

The move comes after Cook County Sheriff Tom Dart in Illinois asked the heads of Visa and MasterCard to withdraw as payment options on the adult section of the site, as part of his crusade to take down Backpage.com, which is widely criticized as a sex trafficking hub. Dart’s office says that Backpage.com has posted over 1.4 million ads for sex in April alone, and that many of the women being advertised are trafficking victims under the control of violent pimps.

Users must pay a small fee (usually $5-$17) to post an ad on the adult page, and Backpage.com earns $9 million in revenue per month from adult services ads alone, according to a spokesman for Dart’s office. The goal of the campaign is to make it harder for pimps and traffickers to place the ads, by removing the most convenient way to pay that small ad placement fee, forcing them to resort to Bitcoin. A request for comment from Backpage.com was not immediately returned.

“Backpage has significantly lowered the barrier to entry for would-be sex traffickers, giving them easy access to millions of johns while cloaking them in anonymity and putting all risk on the shoulders of their victims,” Dart said Wednesday in a statement. “Raising that barrier will lead to less would-be sex traffickers entering the business as well as less victims.”

Dart privately asked the CEOs to withdraw on Monday—MasterCard announced the change on Tuesday, and on Wednesday Visa followed suit. Visa is suspending the processing of payments, but a spokesman noted that a permanent removal would require a review of Backpage.com’s activities, which could take some time. But he also noted that Visa has rules preventing its card from being used for “illegal activity,” and cited the company’s “long history of working with law enforcement.”

American Express had already removed its card as a payment option on the adult section of the site before Dart made his request.

“I commend Visa, MasterCard and American Express for doing the right thing in defunding this criminal enterprise and joining us in the fight to seek justice for sex trafficking victims across the globe,” Dart said.

However, some advocates for sex workers say this change would make voluntary sex workers more vulnerable, not less. “Traffickers and third parties are going to be able to switch to different payment processors. Women (and men) using Backpage, especially those most vulnerable to exploitation with the greatest barriers to transition out of the adult industry, aren’t,” says Katherine Koster, a spokesperson for the Sex Workers Outreach Project. “Backpage (and other sites like Backpage) has historically been a low-barrier way to work indoors independently.” She says that the change in payment method would make it much more difficult for independent sex workers to get customers, which would make them more vulnerable to exploitation by third parties.

The move to get credit cards to withdraw from Backpage.com is part of a larger movement to get companies to do their part to stop sex trafficking. ECPAT, an international non-profit working to end child slavery and prostitution, has developed a set of guidelines for travel and hotel companies to help identify and assist victims of sex trafficking—hotel groups like Hilton and Wyndham, and airlines like Delta have already signed on and pledged to educate their staff members to be on the lookout for victims, and learn how to best help them. 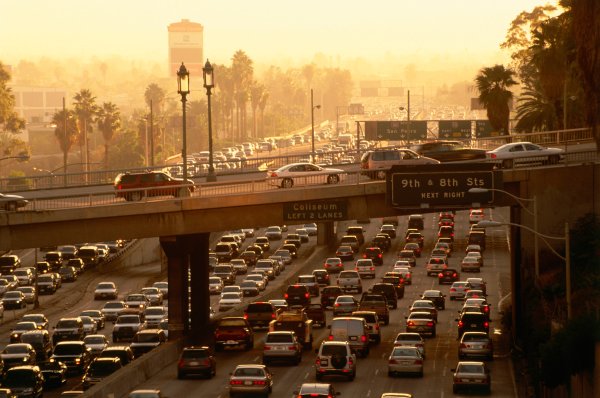 This July 4 Holiday Could Be the Deadliest in Years
Next Up: Editor's Pick