By Charlotte Alter and Katy Steinmetz

Kim Kardashian got serious Tuesday night at an event in San Francisco, where she discussed gun control, feminism and whether the U.S. will elect its first female president next year.

Kardashian was interviewed by retired state judge LaDoris Cordell in an event organized by the prestigious Commonwealth Club of California, an institution founded in 1903 that has previously hosted speakers like Franklin Delano Roosevelt and Martin Luther King Jr. When Cordell asked Kardashian to give the audience an idea to change the world, she answered, “Gun control.” She also said she hopes Hillary Clinton will be the first female U.S. president. But when asked whether she’s a feminist, Kardashian said “I don’t like labels.” She said she wouldn’t use that word but didn’t distance herself from the phrase. “I guess people would call me a feminist,” she said. “I just do what makes me comfortable.”

The Keeping Up With the Kardashians star said she has consciously flipped the script on media objectification of women, and taken control of her own image. “You really can take that power and put out what you want people to look at,” she said. Even her new book of selfies, entitled Selfish, is an exercise in purposeful self-objectification, as she explained: “I’ve taken them … I’m proud of them … I have the control to put out what I want, even if I’m objectifying myself.” Kardashian also noted that the key to a good selfie is excellent lighting, and said that she doesn’t use filters, ever.

Kardashian revealed that she got her start in the fashion universe after she got her dad to buy her seven pairs of Timberland Manolo Blahnik shoes (at $750 each) after she saw Jennifer Lopez wearing them in a music video, then sold them on eBay for $2,400 each. She credits that experience as proof of her early love of “selling and hustling.”

The interview in the Commonwealth Club’s “Inforum” series is part of a string of slightly more substantial interviews Kardashian has been giving in the past few weeks, including an appearance on NPR and a cover story in Rolling Stone. Some people haven’t taken kindly to the appearances, with NPR listeners writing in to complain that they were “disgusted” and that “the Kardashians represent much of what is wrong with America today.”

There was plenty of self-promotion from Kardashian during the event in San Francisco, including a video ad played before the event for her app Kim Kardashian: Hollywood. When responding to a question from Cordell about whether she promotes an “unhealthy standard of beauty,” Kardashian pivoted to speaking about how her hair care and makeup lines are affordably priced so they can be consumed by “the masses.”

But when Cordell asked Kardashian what she thought of backlash to her appearance on public radio—and at the Commonwealth Club event—she said, “I don’t know. And I really don’t care.” The crowd cheered for her, some yelling, “We love you, Mrs. West!” Still others just begged for her to take selfies with them. 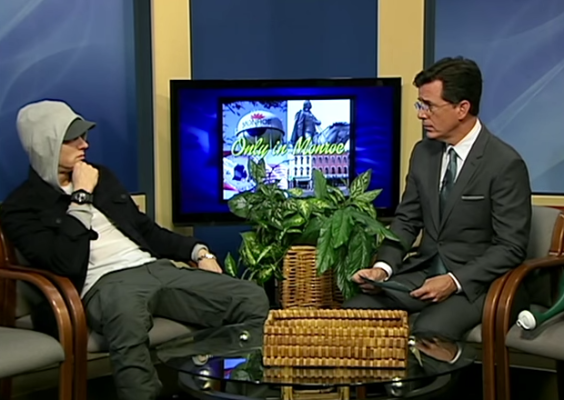