Iggy Azalea Says Britney Spears Feud Is Totally Made Up

The “Fancy” rapper and burgeoning media critic, who’s had a rough past few months from canceling her arena tour to backing out of Pride event, tried to squash rumors of a feud between with “Pretty Girls” partner Britney Spears on Tuesday.

“I am honestly not surprised but still really saddened that the media is trying to create a ‘beef’ between [Spears] and myself,” she tweeted. “We remain friends and I haven’t said anything negative at all about her … I feel like the media wants women in music to get out and mud wrestle each other. As a woman I take great offense.”

It all started on Monday, when Iggy Azalea, who’s back on Twitter after quitting in February, explained to a fan why “Pretty Girls” peaked at a disappointing No. 29 on the Billboard Hot 100. “It’s difficult to send a song up the charts without additional promo and TV performances etc. Unfortunately I’m just featured…” she wrote. Followers were quick to accuse Azalea of throwing Spears under the bus, as Spears has generally kept promotional appearances to a minimum in the post-breakdown era of her career—and because Azalea previously called the song a “true duet.” (It’s also believed that the “Pretty Girls” single artwork was changed from “feat. Iggy Azalea” to “& Iggy Azalea” before release.) When the tweet started getting attention, Azalea pushed back against reporters looking for dirt: “My comment is factual, it applies to any song.”

The story might have ended there—if Team Spears hadn’t added fuel to the fire. Later that day, Spears’ official account tweeted, “Can’t wait to get back to Vegas. So thankful I have shows for the rest of the year to look forward to… #YouWantAPieceOfMe,” which many fans interpreted as a subtle, deniable reference to Azalea’s canceled tour. 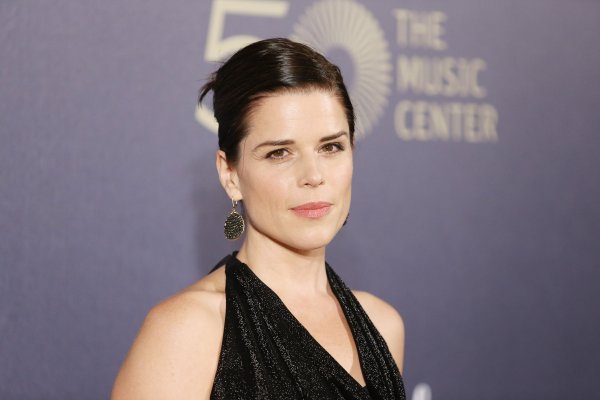 Neve Campbell Joins House of Cards
Next Up: Editor's Pick