Sen. Elizabeth Warren: Constitution Had Everything To Do With Gay Marriage Ruling

Our Constitution fiercely guards freedom and liberty, and strongly disapproves of state-sanctioned discrimination. The Supreme Court’s recent decision in Obergefell v. Hodges recognizing a fundamental right to equal marriage for LGBT Americans sits squarely within both text and tradition. Indeed, what is truly remarkable about this case is not the outcome, but rather the people who made it possible — all of the many individuals across our nation who came forward to fight for the liberty and equality that our Constitution guarantees for all of us.

The inclusion of a Bill of Rights, with its protections for religious liberty, freedom of speech, and due process, was an essential condition of ratifying the Constitution and bringing the colonies together into one United States of America. Ratification of the Reconstruction Amendments, including the 14th Amendment’s guarantee of equal protection, was a necessary component of rebuilding our union after the Civil War. Without these rights and liberties, there would be no Constitution — and no nation.

Justice Anthony Kennedy wrote in Obergefell that “the generations that wrote and ratified the Bill of Rights and the Fourteenth Amendment did not presume to know the extent of freedom in all of its dimensions, and so they entrusted to future generations a charter protecting the right of all persons to enjoy liberty as we learn its meaning.” Some would prefer to pretend otherwise, but the Constitution did not come with an owner’s manual of how-to instructions for working through every conceivable situation across the centuries — instead, it outlined principles to serve as guideposts. Applying the Constitution’s terms to unforeseen circumstances does not go beyond the job of a judge; that is the job of a judge.

Even so, for generations, these broad constitutional protections stood side-by-side with state-sanctioned discrimination against LGBT Americans. States criminalized same-sex relationships, banned same-sex marriages, and excluded their own citizens from anti-discrimination protections. This story isn’t new. For nearly a hundred years, systematic, state-sanctioned discrimination against African Americans coexisted with constitutional protections adopted after the Civil War specifically to prevent it. The lesson in both cases is that constitutional freedoms and liberties are meaningful only when our nation is courageous enough not to look away from them.

As a nation, we see now that discrimination heaped on LGBT Americans violates protections laid out in the Constitution. We see it because countless Americans have stepped forward to make themselves seen and to expose ugly discrimination for what it is: a denial of liberty and equality for our fellow citizens.

We see it because of judges like Margaret Marshall, the former Chief Justice of the Massachusetts Supreme Judicial Court, who wrote the first decision legalizing same-sex marriage almost 12 years ago. A native of South Africa and a former anti-Apartheid activist, Marshall has said she had given no thought to the issue before the case came to her court — but she knew discrimination when she saw it.

We see it because of civil rights lawyers like Mary Bonauto, the legal architect of the marriage cases who argued that Massachusetts case and earlier this year stood before the Supreme Court seeking national recognition of those same rights in Obergefell, and because of her colleagues at Boston’s Gay and Lesbian Advocates and Defenders, who worked tirelessly for more than 30 years to fight government discrimination against LGBT Americans in areas like criminal prosecution, adoption, medical treatment, and marriage.

We see it because of people like Jim Obergefell — who married his husband John on the tarmac at the Baltimore airport in 2013. Months later, John lost his fight with ALS. Years later, Jim took his fight to be listed on John’s death certificate in their native Ohio all the way to the Supreme Court — and won.

In America, because of our Constitution, senseless discrimination – discrimination that demeans the worth of our neighbors and our coworkers and our family members – cannot survive when it is brought out of the darkness. It has never been easy for us to shine the light on such discrimination. But when we see it, when we stop looking away and finally acknowledge it, it is never long before we formally recognize what is compelled by our Constitution. We recognize what has always been there: equality and dignity under the law, for all Americans, no matter who they are.

When looking at this equal marriage decision, Chief Justice John Roberts asserts that the Constitution “had nothing to do with it.” He’s wrong. Our Constitution had everything to do with it — with the liberty of two adults to have their love treated the same as that of any other couple. And it is because of the tireless work of jurists, lawyers, husbands like Jim Obergefell, and countless other LGBT Americans who stepped forward to speak out, that our nation will no longer look away from what our Constitution requires. 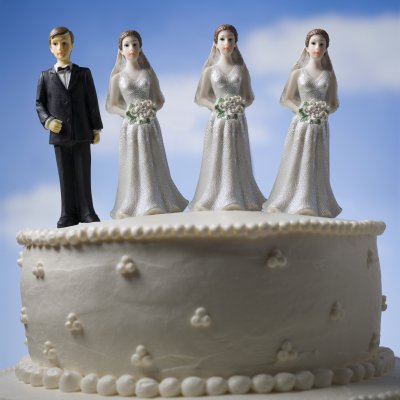 Polygamy Is Not Next
Next Up: Editor's Pick