Mastercard has agreed to withdraw as an ad payment option on the adult section of Backpage.com, after Cook County Sheriff Tom Dart asked credit card companies to pull support from a site that is often used for trafficking and prostitution.

The Chicago-area sheriff wrote to Mastercard CEO Ajaypal Banga on Monday requesting the change, and on Tuesday the company agreed to sever ties with the adult section of the site, citing “rules that prohibit our cards from being used for illegal or brand-damaging activities.” American Express has already withdrawn as a payment option. Requests for comment from Visa were not immediately returned.

Further details about Dart’s initiative to fight trafficking by taking on Backpage.com will be announced Wednesday.

If the Sheriff’s effort succeeds, it will become increasingly more difficult for pimps to place ads for sex. Backpage.com charges a small fee to place adult ads, which can cost anywhere from $5 to $17 and bring the website about $9 million in revenue per month, according to Dart’s office, and 1.4 million ads for sex were placed in April alone. Right now, the only way to post an ad is to pay the small fee through Visa, Mastercard or Bitcoin.

“Backpage has significantly lowered the barrier to entry for would-be sex traffickers, giving them easy access to millions of johns while cloaking them in anonymity and putting all risk on the shoulders of their victims. Raising that barrier will lead to less would-be sex traffickers entering the business as well as less victims,” said Dart in a statement.

He added that he asked Visa and Mastercard to “defund this criminal enterprise and join us in the fight to seek justice for sex trafficking victims across the globe.” 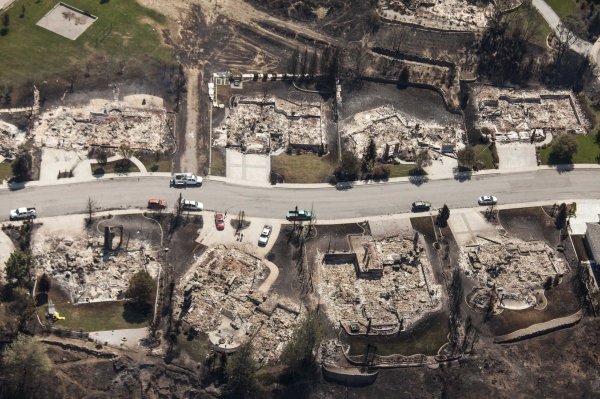 See the Devastation of Washington State's Wildfire From Above
Next Up: Editor's Pick