Brett Benner is an Emmy nominated casting director. He lives in Los Angeles.

June 26 will go down in the history books as the day that the U.S. Supreme Court afforded gays and lesbians the right to get legally married in all 50 states. As a gay man, it’s hard not to be struck by the magnitude of this.

My husband Chip and I were married in California shortly after Proposition 8 was struck down as unconstitutional. When we first got together, we never considered getting married. It was something straight people and Disney princesses did. This was 20 years ago, when the only married gay men I had heard of were the ones who had divorced their wives. But somewhere around year 10 the term “boyfriend” graduated to “partner,” as we furnished a house with pictures of a younger us, and we started to feel an insistent itch that quickly turned into babyitis. Even before  marriage was an option, we decided to create a family.

As a gay couple, we faced a question that many new parents with different last names face: How do we name our children? We made the decision not to hyphenate our last names like other friends had. Instead we chose my last name as our two children’s middle name and my husband’s as their last. Now we were a family—in the eyes of most, but certainly not all.

One of the trickiest parts of being a family has been traveling together. In the summer of 2012 we were coming back from a vacation we take every other year in Canada. The four of us were in Toronto, waiting to go through Customs to enter the U.S. Our declaration form had been filled out per the instructions that said one per household.

Chip had the two kids with him at the Customs officer’s kiosk, and I came up behind struggling with the bags. When I went to hand the agent my passport, he looked at Chip and said, “Who is this?”  Even after Chip replied to say that we were together, the customs agent insisted that I fill out a separate declaration form. He told me, “Your state might recognize you, but your federal government doesn’t. Go back to the end of the line.”

As I walked back to the line,  I felt my face get hot as a flush moved up from my shirt collar. My son began to ask what was happening. When I finally reached them, Chip told me to take the kids through the security gate checkpoint, and he’d be right behind. The next agent looked at my passports and then my kids’ and questioned if they were mine because we didn’t share the same last name. He then had me go through extra screening.

The whole situation was absurd. We were furious.  I was an American citizen being treated this way by another American citizen. It confirmed for me some deep fear I had of what someone else could think of us, and the names he was attaching to us in his mind. Had our last names been hyphenated, would there have been a different outcome? I don’t think so.

People say that change happens slowly, and yet we’ve seen unbelievable leaps and bounds in regards to marriage equality in the last seven years. My hope based on the ruling is a cautiously optimistic one—that it’s no longer gay marriage or traditional marriage, but simply marriage.

When marriage became legal in California, my not-yet husband became simply my husband.  We married for two reasons: One, we’d been together nearly 20 years and thought it was time to not only validate our union, but to celebrate it in front of a group of people we loved. And two, more important, we wanted to do it for our children. I imagine they will grow up and look back and think how silly it was that at one time gay people couldn’t get married.

Father, Mother, Son, Daughter, Husband, Wife. These are the names that ground us. They identify us. They have purpose and meaning, and they evoke commitment, duty, and love. And on June 26, love won. 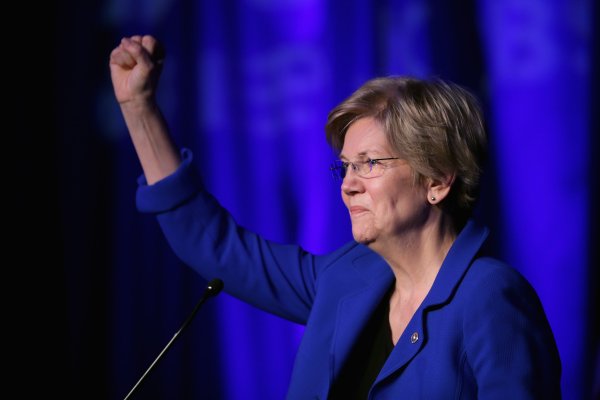 Constitution Had Everything to Do With Gay-Marriage Ruling
Next Up: Editor's Pick