My mother immigrated to the United States when she was 16, in May of 1943. Though she didn’t know English when she arrived, she claims that by the fall she was able to read Silas Marner. I am sure that this is not true, but she graduated and went on to get a doctorate in psychology. Despite narrowly escaping annihilation in the Holocaust, she arrived in this country with a suitcase of virtual advantages: her parents were Viennese doctors; she had already learned a second language, having lived the war years in Bolivia; and she had read hundreds of books.

I have spent the past 20 years teaching immigrant high schoolers, many of those years in California, where 23 percent of K-12 students are English learners. Though there are some young immigrants, like my mother, who arrive in this country with a strong academic foundation, the vast majority of them do not. They come mostly from rural communities in Mexico and Central America and their schooling is rudimentary at best; few have read one book, never mind many.

When we talk about educating immigrant students, we focus almost entirely on teaching them English, but for many students the needs run deeper. In 2012, I taught at the Fremont High School Newcomers Program in the Fruitvale neighborhood of East Oakland. My students there were Mayans from Guatemala, who had had so little formal schooling we needed to teach some of them the alphabet. But they were not empty-handed. They also brought with them hope, resilience, and an ability to rely on their community that was rare in their adopted neighborhoods.

The idea for newcomer high schools and programs within regular high schools took off in the 1970s because this focused instruction proved so effective at helping students integrate linguistically and culturally. Since 2000, though, their numbers have fallen by at least half because of post–recession budget cuts and difficulty conforming to the testing requirements of the No Child Left Behind Act.

Fremont High School had a 15-foot-high, barbed-wire fence, a security guard, and seven full-time security officers patrolling the grounds. The fence and guards were not there to keep people out, but rather to keep the students in. The buildings were dilapidated and covered with graffiti. The windows were barred, as were the doors, the lockers banged up and dented. There was rarely toilet paper in the bathrooms, and if there was, it was strewn all over the floor. After lunch, the halls and patios were covered with paper plates and half-eaten pizzas, apple cores, and purposefully squished oranges; the air was filled with cursing and the ubiquitous odor of marijuana. When it was windy, napkins flew about, keeping low like the ghosts of birds who had died a violent death.

The Newcomers Program, in contrast, is a sheltered environment, where immigrant teens study the basic subjects in English and take intensive English classes. Here students form a community, sharing curse words and traditional dances, as well as their problems. When one student was beaten so badly that he was hospitalized just a few weeks after he arrived in Oakland, the students supported him. I was struck by his maturity and lack of anger: “They thought that if they hurt me, they would be strong, but they are not strong,” he said.

My students had strong emotional survival skills, but they didn’t know that there were planets or that the Earth revolved around the sun. They did not know that the world was divided into continents or that it was round. They did not think it was flat, either. They had simply never thought about what the Earth was beyond where they were from. They did not know the difference between a city and a state and a country. They knew they were in California, but they didn’t quite understand the difference between California and Oakland and the United States.

So in the Newcomers Program, we all started from the beginning. I began my class with the Big Bang and continued on to the creation of the solar system and Earth, to Pangaea and tectonic plates and the seven continents and dinosaurs and the evolution of Homo sapiens. That took months. There were so many gaps in their knowledge that I kept finding I had to go back farther. Once when I said, “Save a tree. Don’t waste paper,” they asked me, “What do trees have to do with paper?” So I went all the way back to the beginning to show them how paper was made and to teach them about deforestation in the Amazon. They had never heard of the Amazon, so I had to backtrack again.

I felt as though I was always backtracking, though I understood that what we were really doing was moving slowly forward, building not only on what I taught them but also on the strength of what they had brought with them. Like my mother, they had survived violence and carried unique advantages. They know that they are strong—like the young man who was beaten so badly—for they have traveled through Mexico on the top of the train called La Bestia; they have been robbed by coyotes and crossed the desert on foot; they have brought with them their looms to weave huipiles so that they will never forget the past even as they are making their future.

My students made tremendous progress, but this progress looked like failure on the standardized tests: Their academic abilities were still far below grade-level and all tests are in English, which they have not yet mastered. By the time they are seniors, they most certainly will not be able to read Silas Marner. My most gifted Mam-speaking student is now in 11th grade, and is taking Algebra II in a regular high school class. The young man who was beaten up in his early days in Oakland is also on track to graduate, but many students have dropped out to have babies and work. Yet, this is not necessarily a failure. They have learned to speak English and how to read and write. They know that the universe began with a Big Bang and that paper comes from trees.

Over the past 20 years there has been a constant debate about how to educate immigrants, and most of this debate has focused on the acquisition of English: what proficiency in English is, how long it should take a student to reach it, and whether total immersion, bilingual education, or sheltered classes taught in English works best. Recently there has been an emphasis on cultural awareness and how to integrate this into the curriculum. All of these things are certainly part of the equation, but I have learned that there is no algorithm, no one ideal way to address all the needs of all English learners.

Because newcomers bring with them a great variety of skills and come from such diverse academic and cultural backgrounds, programs must be flexible. We cannot serve these students if we let ourselves be controlled by state and federal edicts or by the data accumulated by standardized tests and scientific studies. We must meet students where they are, keeping in mind what they have brought with them. There should be more vocational programs for students who are not on a college track and partnerships so that students can take hands-on courses in such fields as health technology, mechanics, and carpentry. When schools provide newcomers with the extra support they need and a safe, nurturing, and rigorous academic community, they will make progress. This progress will not necessarily be evident in the data, but it will be evident to them. This progress will be the foundation for a new generation of Americans.

Anne Raeff teaches English learners at East Palo Alto Academy. Her novel Clara Mondschein’s Melancholia came out in 2001 and she has just completed a memoir. She wrote this for “Reimagining California,” a partnership of the California Endowment and Zócalo Public Square. 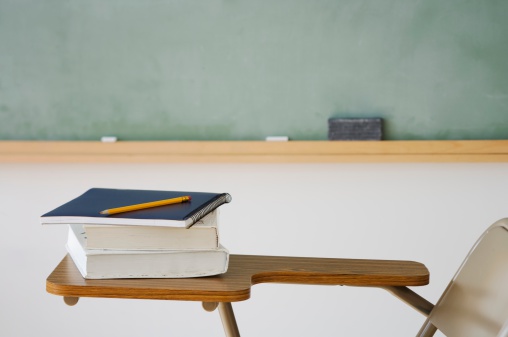 What Common Core Teaches Us About the Future of Testing
Next Up: Editor's Pick