This Kind of Food Is Why America Is So Fat, Study Says

Worldwide, countries are dealing with a serious obesity problem. In the U.S. alone, more than two thirds of adults are overweight or obese. Now a new study suggests it likely has a lot to do with the make up of our food.

The new study, published in the Bulletin of the World Health Organization, looked at both the obesity rates and the supply of energy-dense—meaning high-calorie—foods in 69 countries, and found that both body weight and calories had increased in 56 of those states since 1971.

The finding was especially notable in high-income countries. “This suggests that, in high-income countries, a growing and excessive food supply is contributing to higher energy intake, as well as to increasing food waste,” the authors write. In the U.S. alone, the food energy supply went up by 768 calories per person between 1971 and 2008.

A wide reduction in physical activity may also be a contributing factor, the authors note, however, the surplus of available calories is likely leading people to overeat which in turn is adding on pounds for a lot of people. Other factors like pollution and gut bacteria should also be further studied to understand how they may contribute to weight gain as well, the researchers argue.

To combat the problem, the researchers argue that comprehensive approaches will be necessary. For instance, nation-wide policies should restrict the marketing of unhealthy food to young people and more packaged foods should have front of box nutritional labeling.

As always, eating more fresh foods rather than processed and exercising are two healthy habits worth adopting. 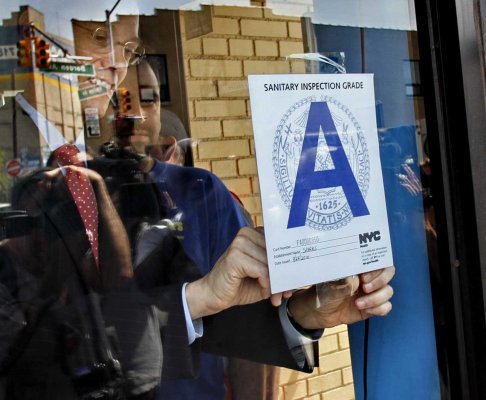 New York City Restaurants Are Cleaner Than Ever
Next Up: Editor's Pick