Under CEO Satya Nadella, Microsoft has made a habit of shedding businesses considered nonessential under the company’s new cloud- and mobile-focused strategy. But, one business apparently isn’t going anywhere: Bing search.

That’s according to Rik van der Kooi, vice president of Microsoft’s ad business, who told the website Marketing Land that the company remains “deeply committed on the search side.” The interview came after it was reported on Monday that AOL is taking over Microsoft’s ad sales business in a deal that will see Bing replace Google as AOL’s default search engine for the next 10 years. (It was also reported on Monday that Microsoft will sell some of Bing’s mapping assets, along with roughly 100 employees, to ride-sharing startup Uber.)

Speaking with Marketing Land, van der Kooi painted a picture of a thriving Microsoft search business, calling Bing a “sustainable and standalone” business. “It’s a multibillion dollar business, and it does pay for itself right now,” he said in the interview, adding that Bing is an important component in a number of Microsoft products, such as personal computers and phones.

While Bing still trails far behind Google in the battle over search engine market share, Microsoft’s search engine is gaining ground. Earlier this year, Bing’s share of that market topped 20%. That’s a distant second-place to Google’s 64.4% market share, but Bing’s recent gains in market share have come with corresponding declines for both Google and third-place Yahoo.

Most Popular on TIME
1
Switzerland, Germany Struck With Near Record Snowfall
2
Trump Paid Just $750 in Income Tax: Report
3
The Messages That Hold Refugee Families Together 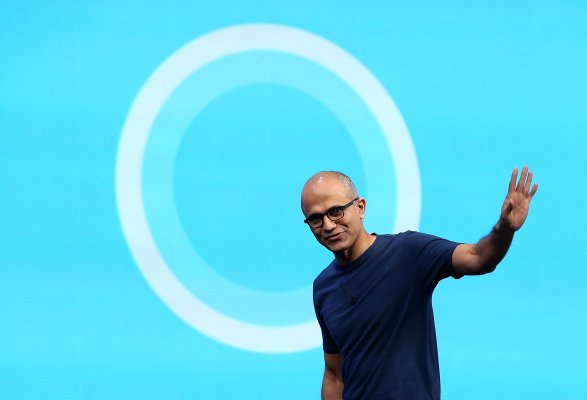