The two brightest planets that can be seen from Earth will come this close to one another on Tuesday evening.

For anyone looking at a clear sky in North America, Venus and Jupiter will be just one-third of a degree apart in a phenomenon known as a conjunction and will have the appearance of a double star to the naked eye.

The stunning sight will be the culmination of the planets’ movement over the past few weeks, as they have been slowly creeping toward one another. According to Sky & Telescope magazine, conjunctions between the two planets aren’t actually that uncommon—there was a Venus and Jupiter conjunction last August and there will be another one in October.

But the publication’s Alan MacRobert also points out that though “[t]hese planetary groupings in the sky have no effect on Earth or human affairs,” the conjunction “can lift our attention away from our own little world into the enormous things beyond.” 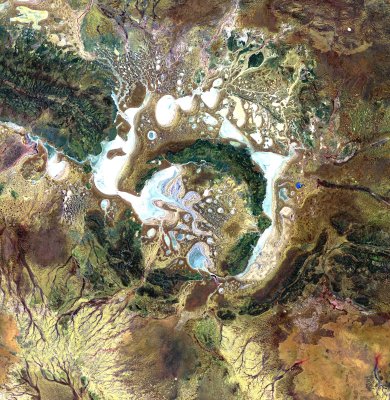 See Impact Craters On Earth From Space
Next Up: Editor's Pick