For the first time in its 46-year history, New York City’s Rent Guidelines Board voted on June 29 to freeze rent on one-year leases and to limit two-year lease increases to a comparatively low 2%. The freeze applies to leases on rent-stabilized apartments beginning in October.

The vote came after the board, which regulates rent for more than 1 million such apartments, released a report in April showing that while landlords’ incomes have grown for nine consecutive years, renters in stabilized housing have experienced both unchanged income and rising housing costs, the New York Times reports.

However, Joseph Strasburg, president of the Rent Stabilization Association, an organization for landlords, said the outcome is ultimately negative and that “landlords will now have to forgo repairing, maintaining and preserving their apartments, which will trigger the deterioration of quality, affordable housing.”

A 2014 housing survey conducted by the city showed that the median rent-to-income ratio was nearly 34% and that a third of rental households paid more than half of their income in rent.

New York’s move comes as San Francisco grapples with imposing a construction moratorium in its Mission neighborhood to give the city a chance to purchase property for affordable housing. New York placed third behind San Francisco and Atlanta in speed of rising rents for 2014, and the city has periodically fielded calls for stricter rent control during this decade’s tech boom. 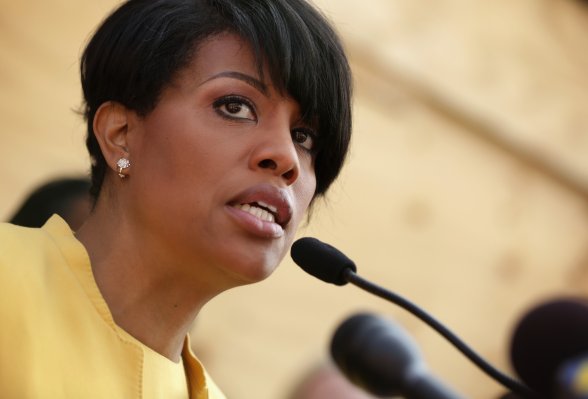 Some Liquor Stores Damaged in Baltimore Riots Denied Aid
Next Up: Editor's Pick