A portrait of Pope Benedict XVI made of 17,000 condoms has drawn fierce criticism—and support—at the Milwaukee Art Museum.

“Eggs Benedict,” created by Niki Johnson, was purchased by a local gay rights advocate for $25,000 and donated to the museum, the Milwaukee Journal-Sentinel reports. Johnson says she was inspired by the former pope’s 2009 remarks that condoms would only worsen the problem of AIDS in Africa.

While some like-minded fans of the work have called the museum in support, it has also drawn powerful critics. Milwaukee Archbishop Jerome Listecki has condemned the portrait, and his chief of staff called it “either an intentional attack on a faith tradition and its teachings or a publicity stunt for the artist.” Several longtime friends of the museum have canceled their memberships in protest, and one docent resigned.

The museum’s director, Dan Keegan, said in a statement, “Our hope is that the piece will bring not only controversy, but room for conversation—about the underlying discussion the artist intended as well as regarding the role of art in public discussion.” He added that the museum has sold a record number of memberships in the last 10 days.

“Eggs Benedict” is scheduled to go on display this November after renovations are completed on the museum’s collections galleries; the institution is considering presenting an interfaith panel on debate around the work. 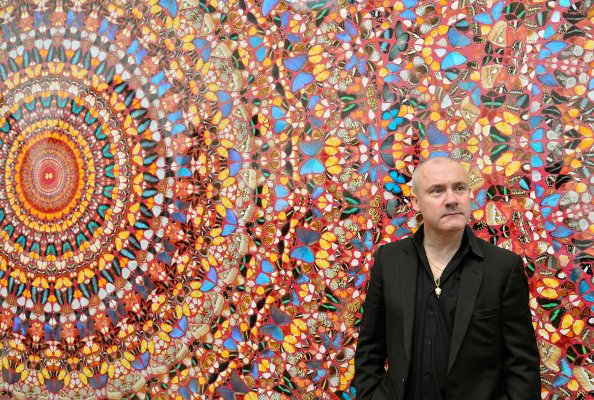 See the Outrageous Spectrum of Damien Hirst's Art
Next Up: Editor's Pick