James “Whitey” Bulger, the Boston crime boss who was convicted of 11 murders, has penned a letter to three 17-year-old girl in which he admitted he “wasted” his life.

The girls wrote to the now 85-year-old, who is serving life at the federal penitentiary in Sumterville, Florida, as part of a National History Day competition on leadership and legacy – but they never thought he would answer. “It wasn’t what we were expecting at all,” said Brittany Tainsh, one of three who wrote Bulger.

In the letter, dated Feb. 24, Bulger offered the three teens advice. “My life was wasted and spent foolishly, brought shame + suffering on my parents and siblings and will end soon,” he wrote in the note, which was excerpted in The Boston Globe Saturday.

“Advice is a cheap commodity some seek it from me about crime – I know only one thing for sure – If you want to make crime pay – ‘Go to Law School,'” he continued.

The letter is the first hint of remorse the defiant crime boss has ever shown since being convicted of involvement in 11 murders in 2013. He was caught after spending 16 years on the run. Even at his trial, Bulger showed no emotion as he was handed two life sentences plus five years.

In the letter, Bulger added that he “took the wrong road,” calling his brother William, a former president of the state Senate and of the University of Massachusetts, “a Better Man than I.”

“Don’t waste your time on such as I – we are society’s lower, best forgotten, not looked to for advice on ‘Leadership,’ ” he concluded.

Bulger is the subject of the upcoming film Black Mass, which stars Johnny Depp as the notorious crime boss. 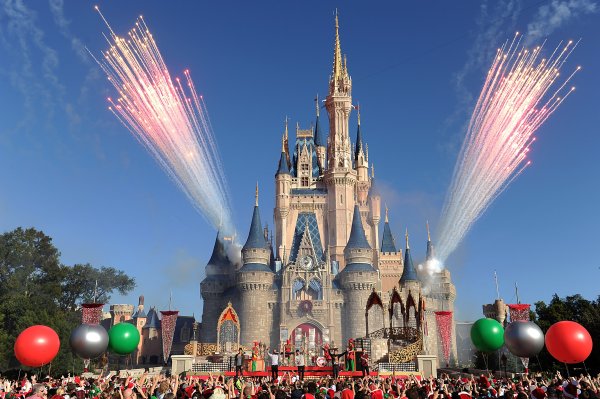 Disney World to Ban Selfie Sticks
Next Up: Editor's Pick