At the end of an astonishing week of political portent and national intimacy, the President of the United States–on center stage, anything but a lame duck–created a transcendent moment that will live in history. He sang. He sang an anthem, “Amazing Grace,” as deeply American as the “Star Spangled Banner.” He sang it in wonderment, at the end of a speech, a eulogy, that was a confession of faith. He sang it in gratitude, too, to a people–the descendants of black slaves–to whom he was only remotely connected but inextricably linked, because at a moment of horror, they had, once again, shown the rest of us the infinite capacity of grace. It was a moment of utter humility. Amazed by the grace of those whose families had been shattered, he could only sing.

We–all of us, but especially those of us who opine for a living–have had an awful lot to say about Barack Obama. We have been confused and disappointed by him. We have tried to psychoanalyze him: what was he really like? Was he aloof or merely dignified? Was he cold and analytical–a law professor–or an overly disciplined loner? He did not give out much beyond his inner circle, and it was a very tight circle. He was a mystery. He confounded those who sought to define him politically–in the very week that his “socialist” health care plan was upheld by a conservative Supreme Court, his quietly progressive trade policies–opposed vehemently by so-called progressives (including, sadly, Hillary Clinton)–were passed by a Republican Congress.

He was a conundrum. A black man from Hawaii with a white mother and a black father from Kenya, whom he didn’t really know. He was subjected to the most hideous calumny imaginable. He wasn’t American. He wasn’t really Christian. He didn’t go to church. He was Muslim. He was a secret terrorist intent on bringing the nation down.

But that was a profoundly Christian speech he gave in Charleston last week, and a profoundly American one. One can argue that the actions prescribed by Jesus in Matthew 25–to feed the hungry, clothe the naked, comfort the imprisoned–were not meant to be statist (as Obama argued in his speech), but personal. That was not his main point, though: In a moment that could have precipitated riot and anarchy, God had given us a vision of grace. It was the grace of the family members who forgave the alleged killer at his bail hearing. They had done unto him the exact opposite of what he had done unto them–a moment that distinguished the preachings of Jesus from those of Moses and Mohammed, both of whom sought vengeance from God. It was a moment that even we of little faith had to find gorgeous and holy. Amazing Grace.

And so the question was, Barack Obama asked, how do we respond to such a gift? “Grace involves an open mind,” he said and, “an open heart…That’s what I was thinking this week.” Grace had demanded grace: the official end of the aggrandizement of the confederate flag by public officials who had ignored the implicit racism and oppression in the banner in the past. This was good, but not sufficient, the President suggested. He did not call for a national conversation–he laughed at the futile persistence of such calls–but for a deeper recognition of “ourselves in each other.”

“Amazing grace,” he said quietly, almost to himself, at the end of the speech.

He had a choice here. He had given a fine speech, he could simply have repeated the words of the hymn, as they sat there, taunting him, on the page. He had always been a man of words, but words were not enough, not now, to show the pain and wonderment in his heart.

And so, he sang. And, amazed and grateful, we joined with him. 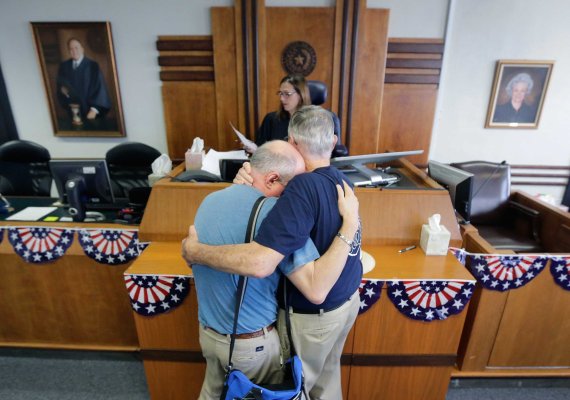