Tama, a cat stationmaster of a railway station in western Japan, attends an event at her Kishi Station in Wakayama Prefecture, Japan in Jan., 2013.
Kyodo/AP
By Maya Rhodan

The beloved rail station cat who died in Japan last week had a funeral fit for a goddess.

Rail officials and thousands of fans attended the funeral for Tama, who died last week after years of attracting tourists to a rail station in Western Japan. According to BBC, she was “elevated to the status of a goddess” at her Shinto-style funeral and titled an “honorary permanent stationmaster.”

The feline was more than just a cute addition to the station, BBC reports, she was also a cash cow. By having her as stationmaster, the railway was able to help turn around from near bankruptcy. Her presence helped generate about 1.1 billion yen.

As a thank you, well-wishers are leaving flowers and cans of tuna outside of the station. 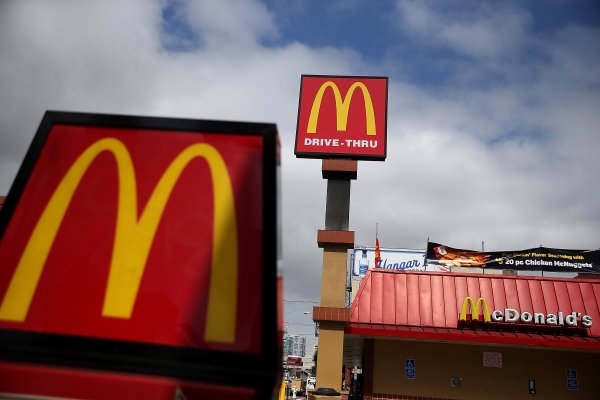 How McDonald's Is Classing Up Its Menu in New England
Next Up: Editor's Pick