Gerald Gafford, right, comforts his partner of 28 years, Jeff Sralla, left, as they stand before Judge Amy Clark Meachum to receive a time waiver before marrying at the Travis County Courthouse in Austin, Texas on June 26, 2015.
Eric Gay—AP
By Sam Frizell

In defiance of the Supreme Court decision on Friday guaranteeing same-sex couples the right to wed nationwide, Texas’ attorney general said Sunday that county clerks can refuse to issue marriage licenses to same-sex couples if they object on religious grounds.

“Friday, the United States Supreme Court again ignored the text and spirit of the Constitution to manufacture a right that simply does not exist,” Republican Attorney General Ken Paxton said in a formal opinion. “Texas must speak with one voice against this lawlessness.”

Paxton said that religious freedom clauses in state and federal constitutions and statues would protect clerks who refuse to issue marriage licenses. He pointed to the majority opinion in Obergefell v. Hodges case decided on Friday that recognizes there may be some religious liberty protections.

Clerks who refuse to issue marriage licenses to same-sex couples could be sued, Paxton said, but “numerous lawyers stand ready to assist clerks defending their religious beliefs,” often without charge. 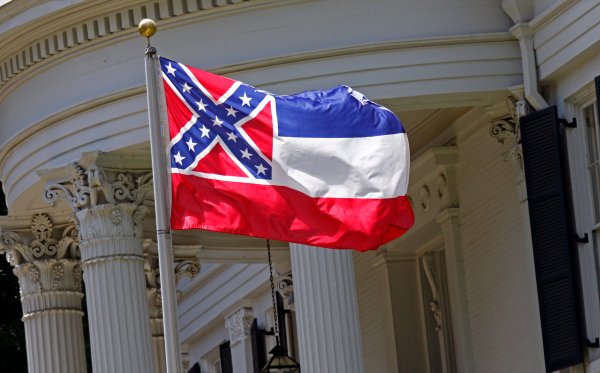 Why Mississippi Is Unlikely to Redesign Its State Flag
Next Up: Editor's Pick