Delegates from more than 50 countries gathered to sign the articles of agreement that specifies the new lender's initial capital and other details of its structure.
AP—Kyodo
By TIME Staff

Delegates from 57 founding member states gathered in Beijing on Monday to finalize and ratify the terms of the Asian Infrastructure Investment Bank (AIIB), the China-backed multilateral development bank seen by some as a strategic rival to the World Bank and similar international financial institutions.

The signing ceremony comes eight months after Beijing officially launched AIIB, which intends to “focus on the development of infrastructure and other productive sectors in Asia” and “promote interconnectivity and economic integration in the region,” according to its mission statement. It will begin with a $50 billion capital base, the BBC reports.

Of its founding members — which include Australia, Russia and Germany — China will be the largest shareholder, with 25% to 30% of all votes. Conspicuously absent from the roster is the U.S., which in October expressed concern over the bank proposal’s “ambiguous nature.” While World Bank President Jim Yong Kim has praised the new institution, citing the “massive need” for fresh investments in Asia, some critics see its establishment as a self-serving exercise in Chinese soft power. 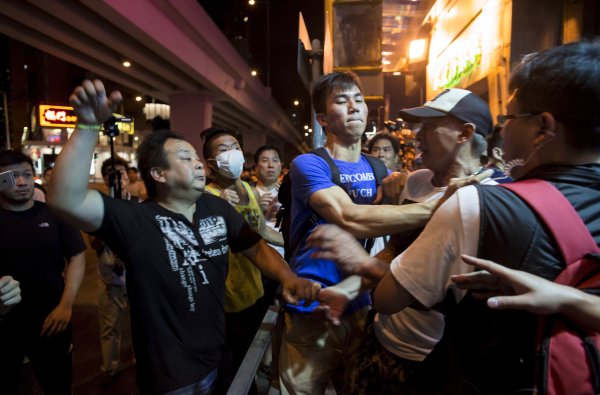 Street Clashes in Hong Kong
Next Up: Editor's Pick