Equal rights made great strides this week, but on Last Week Tonight, John Oliver urged people to continue to work towards better treatment of transgender individuals, both in the media and under the law.

Some of the biggest names in news media have fumbled over the issue of how to talk to transgender men and women, so Oliver made it abundantly clear: “It’s no more okay to ask transgender people about their sex organs than it would be to ask Jimmy Carter whether or not he’s circumcised.”

Oliver then laid out a road map for differentiating between gender identity, sexual orientation, and the choices that transgender individuals make about whether to use hormones, undergo surgery, etc. In short, according to Oliver: “Their decision on this matter is, medically speaking, none of your f–king business.” As for pronouns and names, Oliver believes people should simply be called whatever they prefer to be called, like U2’s guitarist “The Edge” or Puff Daddy.

Oliver also pointed out that despite the increasing visibility of the close to 700,000 transgender people in the U.S. — which Oliver notes is larger than the population of Boston — they still face rampant discrimination and have alarmingly high suicide rates. According to Oliver, while it’s great that Orange is the New Black star Laverne Cox got a wax replica in Madame Tussaud’s, there is still a lot of work to do to protect the rights of transgender people. 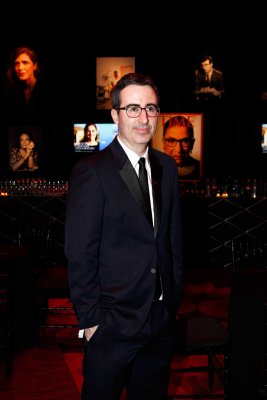 Here's What John Oliver Thinks We Should Do With the Confederate Flag
Next Up: Editor's Pick