A localist protester, left, scuffles with a pro-China demonstrator during an anti-China protest at Mongkok shopping district in Hong Kong on June 28, 2015
Tyrone Siu—Reuters
By Joanna Plucinska / Hong Kong

Street scuffles between pro-and anti-Beijing factions broke out in Hong Kong Sunday night local time — and one of the city’s most prominent pro-democracy figures was set upon in the street in an apparently unrelated attack. The violence underscores raw tensions in China’s most open metropolis, just three days ahead of the 18th anniversary of the city’s return to Chinese sovereignty.

Trouble began when so-called “localist” groups — many members of which argue for Hong Kong’s independence from China — staged a rally in the densely crowded Mong Kok district of central Kowloon to protest the presence of mainland Chinese street musicians. The performance of Mandarin-language songs in a Cantonese-speaking, working-class area like Mong Kok is regarded by many localists as culturally and politically provocative.

Violent clashes broke out when pro-China groups showed up to counter the localists, with rival groups chasing each other through streets crowded with shoppers and tourists, forcing retail outlets to pull down their shutters. Police say five protesters, four men and one woman, were arrested. No injury figures have been released, but police used pepper spray to subdue protesters and local media published photos of at least one bloodied pro-China protester being led from the scene.

Simon Sin, one of the leaders of Hong Kong Localism Power, accuses police of not doing enough to protect localist demonstrators. “The police protected the people who were attacking us. They didn’t protect us. We got hurt yesterday,” Sin tells TIME.

The South China Morning Post reported that police were seen helping “apparent participants” in the street clashes to leave the area, angering localist groups and bearing uncomfortable echoes of last fall’s Umbrella Revolution, when student protesters occupying the Mong Kok streets accused police of not protecting them from thugs who tried to break up the demonstrations. Seven police officers who beat up a protester last November have also still not been brought to trial, despite the fact that the attack was filmed by a local TV news crew.

The disturbances come ahead of a large protest march scheduled for July 1. The annual march — staged to coincide with the anniversary of Hong Kong’s return to Chinese sovereignty — covers an array of causes from LGBT rights to better conditions for migrant workers, but always has a strong pro-democratic focus. Sunday’s street battles also come after the recent failure of the Hong Kong government’s electoral proposals, which were designed to lay out a framework for the election of the city’s next leader in 2017 but ended up underscoring the vast political gulf between democratic and pro-Chinese camps.

In what appeared to be a separate incident, democracy activist and student leader Joshua Wong— named one of TIME’s most influential teens in 2014 — was attacked after leaving a cinema in Kowloon with his girlfriend.

A man “grabbed my neck, and punched my left eye. My glasses flew off,” Wong, who was not involved in the localist protests, posted on his Facebook page, alongside a picture of his injuries.

He told TIME that the attack showed “that there are serious safety concerns in the future” for activists like himself and said that he needed “to care more about my personal security.”

“People feel dissatisfied with the central Chinese government with the failure to deliver universal suffrage. What we see is the escalating conflicts between localist groups and the Chinese presence in Hong Kong,” Maya Wang, a China researcher in the Asia division of Human Rights Watch, tells TIME. “I think that kind of animosity between localist groups and the pro-Beijing groups stems from deeper discontent [felt by] Hong Kong people [in] their relationship with the central Chinese government.” 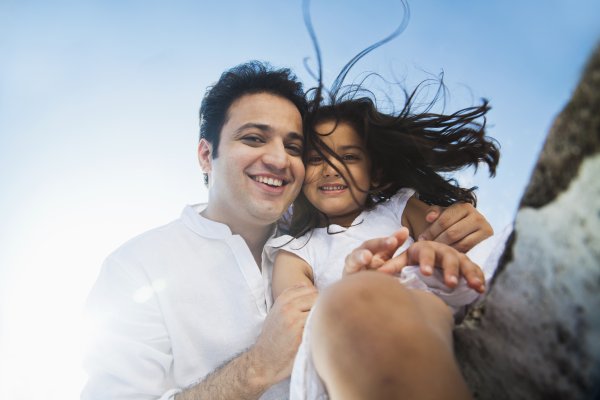 #SelfieWithDaughter: India Celebrates the Girl Child
Next Up: Editor's Pick