Rand Paul: Government Should Get Out of the Marriage Business Altogether

Republican presidential candidate Senator Rand Paul waits before addressing a legislative luncheon held as part of the "Road to Majority" conference in Washington on June 18, 2015.
Carlos Barria—Reuters
Ideas
By Sen. Rand Paul
Paul is the junior U.S. Senator for Kentucky

While I disagree with Supreme Court’s redefinition of marriage, I believe that all Americans have the right to contract.

The Constitution is silent on the question of marriage because marriage has always been a local issue. Our founding fathers went to the local courthouse to be married, not to Washington, D.C.

I’ve often said I don’t want my guns or my marriage registered in Washington.

Do consenting adults have a right to contract with other consenting adults? Supporters of the Supreme Court’s decision argue yes but they argue no when it comes to economic liberties, like contracts regarding wages.

It seems some rights are more equal than others.

Marriage, though a contract, is also more than just a simple contract.

I acknowledge the right to contract in all economic and personal spheres, but that doesn’t mean there isn’t a danger that a government that involves itself in every nook and cranny of our lives won’t now enforce definitions that conflict with sincerely felt religious convictions of others.

Some have argued that the Supreme Court’s ruling will now involve the police power of the state in churches, church schools, church hospitals.

This may well become the next step, and I for one will stand ready to resist any intrusion of government into the religious sphere.

Justice Clarence Thomas is correct in his dissent when he says: “In the American legal tradition, liberty has long been understood as individual freedom from governmental action, not as a right to a particular governmental entitlement.”

The government should not prevent people from making contracts but that does not mean that the government must confer a special imprimatur upon a new definition of marriage.

Perhaps the time has come to examine whether or not governmental recognition of marriage is a good idea, for either party.

Since government has been involved in marriage, they have done what they always do — taxed it, regulated it, and now redefined it. It is hard to argue that government’s involvement in marriage has made it better, a fact also not surprising to those who believe government does little right.

So now, states such as Alabama are beginning to understand this as they begin to get out of the marriage licensing business altogether. Will others follow?

Thomas goes on to say:

The 14th Amendment does not command the government endorsement that is conveyed by the word “marriage.” State legislatures are entitled to express their preference for traditional marriage, so long as the equal rights of same-sex couples are protected.

So the questions now before us are: What are those rights? What does government convey along with marriage, and should it do so? Should the government care, or allocate any benefits based on marital status?

And can the government do its main job in the aftermath of this ruling — the protection of liberty, particularly religious liberty and free speech?

We shall see. I will fight to ensure it does both, along with taking part in a discussion on the role of government in our lives.

Perhaps it is time to be more careful what we ask government to do, and where we allow it to become part of our lives.

The Constitution was written by wise men who were raised up by God for that very purpose. There is a reason ours was the first where rights came from our creator and therefore could not be taken away by government. Government was instituted to protect them.

We have gotten away from that idea. Too far away. We must turn back. To protect our rights we must understand who granted them and who can help us restore them. 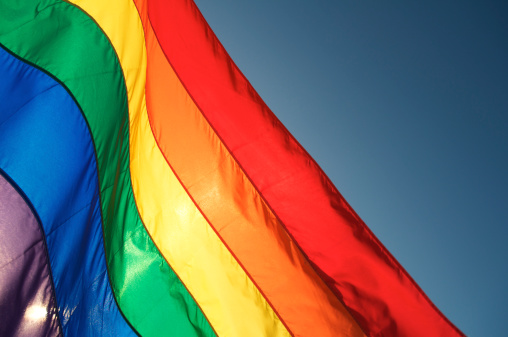 Here's How 9 Predictions About Gay Marriage Turned Out
Next Up: Editor's Pick