Amy Schumer Fires Back at Claims of Racial Insensitivity

Comedian Amy Schumer has defended herself against claims her comedy is racially insensitive, saying she jokes about race because it’s part of her job in a series of screenshots posted on Twitter.

“It is a joke and it is funny. I know that because people laugh at it,” Schumer wrote in the post. “Trust me. I am not a racist.”

The social-media post appeared to be a response to an article published in the Guardian on Sunday accusing the Comedy Central star of having “a large blind spot around race.” In particular, the article cited several jokes about Latinos. “I used to date Latino guys,” she reportedly said in a stand-up routine. “Now I prefer consensual.”

Though Schumer didn’t reference the Guardian story specifically she cited the same quote about a “blind spot” and ended her Twitter essay with a plea for commentators to address more pressing race issues.

“My fight is for all people to be treated equally,” she wrote. “Move on to the next person who is more deserving of your scrutiny.”

Schumer, star and writer of the forthcoming movie Trainwreck, often takes on controversial topics often related to feminist causes like equal pay, rape culture and portrayal of women in media. She was named one of the TIME 100 most influential people this year. 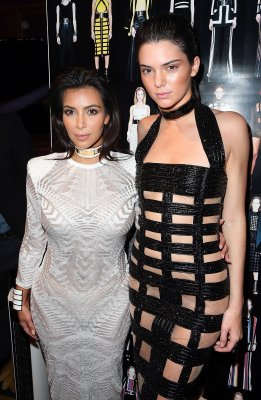 This Kendall Jenner Photo Is Now The Most Liked On Instagram
Next Up: Editor's Pick