Fast-food chain Chipotle has taken to social media to show its support for Friday’s 5-4 ruling from the Supreme Court in favor of same-sex marriage across the U.S.

The phrase — which Chipotle has used in the past at gay pride events and on its T-shirts — was met with mixed reactions on social media.

Chipotle isn’t the only company to come out in support of gay marriage. Fortune took a look at some of the others.

The Supreme Court ruling is expected to have a wide-ranging economic impact in the U.S and could bring in billions of dollars in the coming years. 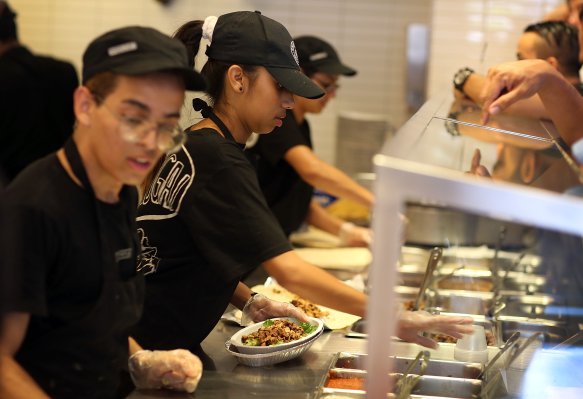 Why Working at Chipotle Just Got Way Better
Next Up: Editor's Pick