The Department of Education announced this week that it’s backing off its ambitious and controversial plan to rate all of the nation’s colleges and universities, marking a win for institutions and the vast higher education lobby that vehemently opposed the idea.

Administration officials promised nearly two years ago that they would roll out a new federal ratings plan, the Post-Secondary Institution Rating System (PIRS), to help push students toward high-quality schools that would give them the best return on their money. President Obama also suggested that the system could eventually be used as a tool to hold institutions accountable, by tying federal financial aid to institutions’ ratings.

The Education Department announced yesterday that it would instead release a different, significantly less ambitious “ratings tool” that will simply provide information about all of the more than 7,500 colleges and universities in the country, so students can “reach their own conclusions about a college’s value.” The new tool will not explicitly rate the institutions based on any measures of quality nor tie federal aid to a school’s performance. (The announcement prompted a cheeky discussion on Twitter about how, exactly, that could be called a “ratings tool” at all.)

Administration officials insisted that the Education Department’s decision to back off on the ratings system did not mark a significant policy shift: the original rating plan was designed primarily as a consumer-facing tool, to help students make informed decisions; the new tool will play precisely role.

Still, many advocates were disappointed. Ben Miller, the senior director of post-secondary education at the Center for American Progress, says it was “a decent step back from putting colleges on notice.”

“The problem I have is that anyone can create a consumer tool” that provides information about schools to students, he said. The Education Department’s College Scorecard and the National Center for Education Statistics’ College Navigator already do some of that.

“What the Education Department does have is an accountability role over every college and university in the country,” he said. “So that’s my disappointment. I wish it would use that unique role more and not do something anyone can do.”

Rachel Fishman, a policy analyst with New America’s Education Policy Program, saw the Education Department’s reversal this week as a “major win for institutions,” which, along with the higher education lobby and a coalition of mostly Republican lawmakers, opposed the ratings plan from the start. They argued that it was little more than a government-led effort to publicly shame certain schools on the basis of incomplete federal data and biased formulas that would reward schools for doing things like, say, admitting high percentages of low-income students.

The higher education lobby argued that PIRS, which was never completed, would be inherently unfair, “since it would be based on incomplete federal data on student achievement,” Fishman said. “They’re right that there’s incomplete data, but the reason for that is because the higher education lobby fought for a ban on that data,” she said. (The government’s ability to collect student records is currently very limited.)

Andrew Kelly, the director of the Center on Higher Education Reform at the American Enterprise Institute, saw the Education Department’s reversal on its rating plan as an indictment of the plan itself. “It’s easy to chalk this up to the higher education lobby’s power, but that implicitly suggests that the policy itself was sound and was the right way to go, and I think that’s not correct,” he said. “I think the notion of the federal government rating colleges wasn’t particularly appropriate in the first place. Where they would up is probably where they would have started.”

Administration officials argued that it hasn’t dropped the ball on holding institutions accountable; it’s just using other tools. For example, on Tuesday this week, a federal court judge threw out a lawsuit brought by for-profit colleges that attempted to overturn the federal government’s new “gainful employment rules,” which will require for-profit and a very limited number of other colleges to meet certain benchmarks of quality—like whether alumni get jobs that pay them well enough to repay their loans—in order to receive federal financial aid. The new rule are now set to go into effect next week. 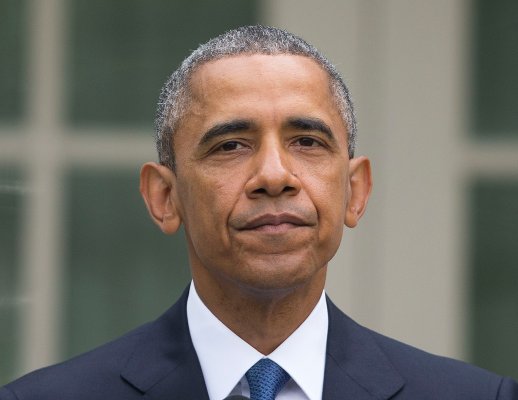