During a lightning storm in central Virginia, some people swore they saw Michael Jackson moonwalking his way through the clouds. Behold, this image captured by recreational photographer John Plashal:

Plashal captured the image on Tuesday, June 23, but told CBS affiliate WTVR that he didn’t even notice the Jackson resemblance at first. He submitted several storm photos to the station’s Facebook page — and once other people noticed the Michael Jackson imagery, the photo started to go viral.

“I see it. I see it now,” Plashal told the New York Daily News. “It’s pretty wild. It’s one of those things — believe what you will.” 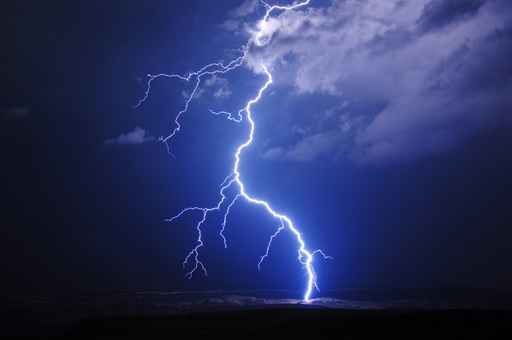 Guy Called Rod Gets Hit by Lightning. Twice.
Next Up: Editor's Pick