Police officers control the crowd, while surrounding a man suspected to be involved in opening fire on a beachside hotel in Sousse, Tunisia, as a woman reacts, on June 26, 2015.
Amine Ben Aziza—Reuters
By Naina Bajekal

At least 37 people have been killed and 36 wounded after an attack in the coastal city of Sousse in Tunisia, according to a Tunisian Health Ministry spokesman as quoted by the Associated Press. It was the deadliest such attack in the country’s history.

In AP reports, Aroui is quoted saying one gunman behind “the terrorist attack was killed during an exchange of fire with security forces.” Top security official Rafik Chelli was also quoted by AP as telling Mosaique FM that the gunman shot by security forces was previously unknown to authorities. That gunman, according to Chelli, came towards the Imperial Marhaba hotel from the beach, hiding his Kalashnikov under an umbrella before he opened fire.

Aroui said police are still pursuing the other, who fled the scene; the exchange of fire is continuing.

Local radio Jawhara FM said one of the terrorists was wearing a police uniform as a disguise. Gary Pine, a British tourist close to the scene, told Sky News he was on the beach when he heard what “we thought was firecrackers going off” 100 yards away, before there was an explosion from a nearby hotel complex.

“There was a mass exodus off the beach,” he said. He added that his son said he had seen someone get shot on the beach.

He said guests at his hotel were first told to lock themselves in their rooms, and later to gather in the lobby.

Spanish Prime Minister Mariano Rajoy, speaking from Brussels, confirmed that the Imperial Marhaba hotel is owned by a Spanish company.

Tunisia has been on high alert since March when two gunmen killed 22 people—largely foreign tourists—at the Bardo museum in Tunis.

Sousse is Tunisia’s third largest city and an important tourist destination, with more than a million tourists visiting each year.

According to Reuters, the Tunisian health ministry said that British, German and Belgian nations were among the victims of Friday’s attack.

Tunisian security official Chelli also said despite the fact that authorities had a plan to protect the hotels during Ramadan, this was an isolated operation that is difficult to counter against.

Earlier reports had indicated that 28 people had been killed. 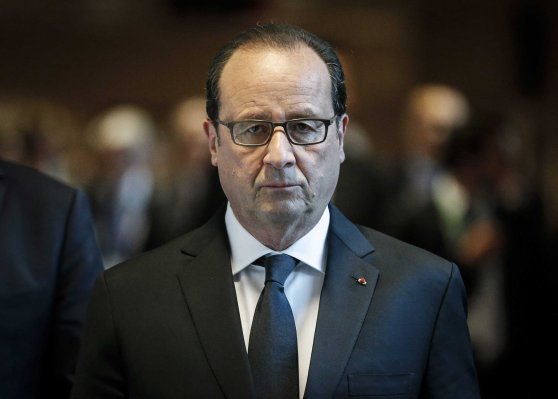 France Cracks Down on Uber
Next Up: Editor's Pick