An aerial view shows flood victims standing atop their submerged houses in Amreli district of Gujarat, India, in this June 24, 2015 handout provided by the Indian Air Force.
Handout—Reuters
By Rishi Iyengar

Torrential rains lashing the Indian state of Gujarat have so far killed at least 70 people, with thousands more forced to evacuate their homes after major damage to property from widespread flooding.

Around 1,000 people have been airlifted to safety among the more than 10,000 people who have been moved to higher ground, the BBC reports. Several helicopters from the Indian Air Force are also dropping food packages into the worst-affected areas.

A flood alert has also been issued in the disputed region of Kashmir, where hundreds were killed in similar floods last year, when they also hit India’s Northeast, claiming dozens of lives.

Although flooding in several parts of the country is common during India’s monsoon season, the developments in Gujarat come during a series of extreme weather patterns across South Asia. Over 1,000 people have now died in a heat wave sweeping southern Pakistan, not long after another heat wave that killed more than 2,000 across India earlier this month. 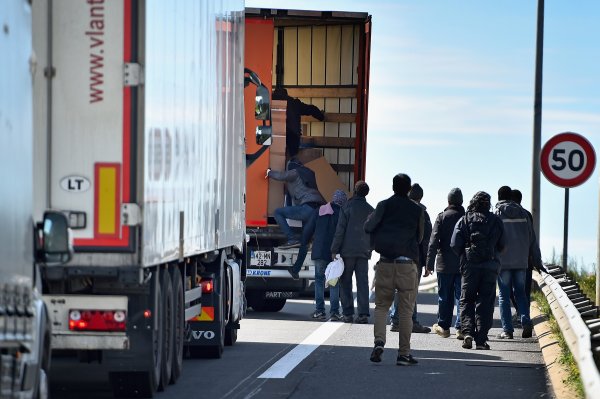 Migrants Bring Chaos to French Port
Next Up: Editor's Pick