Congress Could Strip Samuel Adams Of Its Craft Beer Crown

Congress is ready to get into the craft beer business, which could mean bad news for big batch craft brewers like Sam Adams.

Senator Ron Wyden, a Democrat from Oregon, proposed the new Craft Beverage Modernization and Tax Reform Act that would give the U.S. government the right to define who is and isn’t a craft brewer.

The law essentially redefines the tax structure for small to mid-size brewers and would, accordingly, group them into three categories based on new excise taxes, which was outlined by MarketWatch.

It’s a technicality, essentially a quirk of the law that would group companies for tax purposes. But, it would leave a number of big-name craft brewers out of the first category and in a higher tax bracket. That includes Boston Beer Co., which produces 4.1 million barrels (including non-beer beverages such as Angry Orchard cider and Twisted Tea), as well as Yuengling (2.7 million barrels) and North American Breweries (about 2.6 million barrels) with its Magic Hat, Pyramid and other brands.

Given Boston Beer’s recent production growth, almost 20% per year, it could possibly enter the macro brewer league in less than three years.

Until now, to be labeled a craft beer, breweries had to fit within restrictions designated by the Brewers Association craft beer industry group that involved barrels of production, percentage of a brewery owned by a non-craft brewer and more “traditional” aspects.

The industry self-policer has been somewhat accommodating to its peers in years past. It raised the barrel-production limit to 6 million from 2 million in 2010 to allow Boston Beer to lay claim to the craft beer title.

Boston Beer has been on a production tear in recent years, averaging more than 20% growth annually. If it stays the course, it could possibly reach the 6-million-plus macro brewer league in less than three years, leaving its craft brewing title far behind. 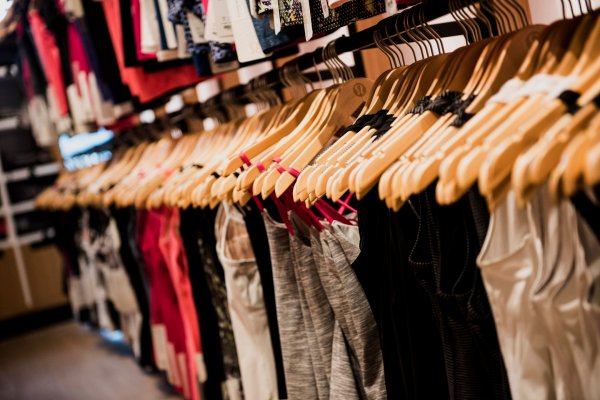 Why Lululemon Is Recalling Women’s Tops
Next Up: Editor's Pick