From left to right; Kandi Burruss, Demetria McKinney, Phaedra Parks, Cynthia Bailey, Kenya Moore on The Real Housewives of Atlanta, Season 7.
Laura Magruder—Bravo/NBCU Photo Bank/Getty Images
Ideas
By Kareem Abdul-Jabbar
Abdul-Jabbar is a six-time NBA champion and league Most Valuable Player. He is the author of the new book, Writings on the Wall.

A lot of people look at Bravo TV’s lineup of table-flipping, backstabbing, wig-wearing, felon-making reality shows as a clear sign of the cultural apocalypse. If people are actually watching these shows, they warn, End Times are clearly upon us. I think it’s the opposite. The unrelenting pettiness of most cast members stewed with raw chunks of desperation for fame at the cost of personal dignity may seem unappetizing at first. But the harsh truths about our society that simmer beneath the frothy surface provide a tasty and hearty diet of insight and inspiration. That’s why Bravo may be one of America’s best hopes for the elimination of racism.

Go ahead, take a breath. You’ll probably want to reread that last sentence just to make sure you saw it correctly. Did Kareem just say that We Shall Overcome by watching NeNe Leakes’s ranting in Louis Vuittons and a weave? Here’s what I mean: America has two kinds of racism—institutional and cultural. Institutional racism has been welded to the infrastructure of our society in our basic institutions of law enforcement, the judiciary, education, and politics. The rules of the game and the people who interpret and enforce those rules have perpetuated an uneven playing field regarding opportunities for people of color. That’s a fact supported by pretty much every recent study as well as daily news stories. The only way to get rid of institutional racism is through legislation. Each rule, law, provision, and hallowed tradition that undermines the constitutional mandate for equality must be legislated out of existence. That’s the political arena, and we have many dedicated patriots of all colors fighting every single day to make sure that happens.

Cultural racism is trickier to fight. We can’t legislate biased attitudes, corrupt upbringing, unsound reasoning, or self-destructive behavior. These personal flaws are guaranteed by the Constitution, as long as one doesn’t act on these flaws to the detriment of others. This kind of racism is insidious in that it subliminally suggests the inferiority of one group while not stating it overtly. We get enough of these subliminal messages, and it aligns our prejudices accordingly. It’s how magicians manipulate audience members to do or say what they want them to, as demonstrated in the movies Now You See Me and Will Smith’s Focus.

The current battle over the Confederate flag in various Southern states is an example. Many of those supporting keeping the flag flying to honor their history probably aren’t overt racists. They would help a black family whose car has broken down, never use the N word, even encourage equal opportunity. What they don’t see is that the history they wish to honor—brave Southern soldiers who fought for their families and neighbors rather than an ideology—is not the same history that African Americans see. Blacks see the oppression, subjugation, humiliation, rape, and murder. The flag represents the genocide of their history. The Confederate flag issue is part of institutional racism, and legislatures are gearing up now to vote in several states. (This week Alabama Governor Robert Bentley ordered the removal of a Confederate flag from state capitol grounds.)

Cultural racism is the thinking that one group’s historical perspective should be maintained despite the damage it does to others, because those “others” are not as important. This perspective is justified by stereotyping blacks through images, words, and selective news reporting. The use of the word “thugs” to describe black protestors during the Baltimore protests a few months ago underscores cultural racism as perpetuated by some of the news media. If it had been a campus protest at UC Berkley of mostly white students causing the same damage, the word thug would never had appeared. The popular image of the absentee black father may also be a convenient myth: A 2013 study by the CDC concluded that African American fathers were more likely to bathe, dress, play and dine with their children than white or Latino fathers. But facts rarely have any impact on these prejudices because the practitioners receive their news from sources that enforce their irrational beliefs rather than challenge them.

These biases are based on fear, and fear is generally based on ignorance. We are afraid of what we don’t know. And if the information we receive about those we fear is deliberately biased, there’s no chance to defeat the bias. The way Americans overcome these cultural prejudices is to be exposed to real people of different cultures so that they can see what they all have in common. Not just the good stuff, like kindness and compassion, but the flaws and self-doubts and mistakes that all humans share.

That’s where Bravo comes in. Its lineup of reality shows seems to feature more black people than any other channel except BET. I once called Andy Cohen, Bravo’s former head of development and the current producer of the Real Housewives franchise, the “Andy Warhol” of the new millennium. But his willingness to feature more blacks and members of the LGTBQ community in numerous reality shows also makes him an influential civil rights proponent.

With the exception of shows created by Shonda Rhimes, mainstream television has few shows in which a person of color is the lead character. And her shows mostly feature attractive women as leads, not the more “threatening” males. They are generally sidekicks, like Dennis Haysbert in Backstrom, Jon Michael Hill in Elementary, and Malcolm Goodwin in iZombie. The subliminal message is that blacks, especially men, are the supporting cast to help whites complete their quest. Millennial Gunga Dins.

While it’s true that African Americans have always had their icons embraced by white culture, there’s only one doe-eyed, silky-voiced Morgan Freeman to go around. That icon used to be Sidney “They Call Me Mister Tibbs” Poitier, the classiest man alive. But these are fantasy black men that those engaging in racism see as the best of the race, the kind of blacks they could say are credits to their race, not the average black person in their imagination sneaking through their neighborhoods at night in a black hoodie.

Bravo has changed that perception. There are no Sidney Poitiers or Morgan Freemans in their black-centric reality shows, just mostly middle-class and upper-middle-class African Americans struggling to make a living, raise respectful and successful children, form meaningful friendships, and occasionally falter along the way in all three of those things. Just like most of white America.

The Heisenberg Principle of Reality Show Uncertainty does apply. Knowing that they are being observed does affect those being observed. But that’s also part of understanding how people juggle trying to manage how the world perceives them, with how they really are. Everyone on these shows thinks they can handle it but almost all fail, revealing an even more familiar struggle that we all go through.

Married to Medicine follows a group of black women friends who are either doctors or married to doctors. What a relief it is to know that education and income don’t help them manage their personal conflicts any better than the rest of us. Thicker Than Water follows the Tankard family, whose wealthy patriarch, Ben Tankard, tries to impose strict religious behavior on his children that he didn’t follow in his own youth. Blood, Sweat & Heels reveals the petty feuds and deep friendships of a group of black professional women in New York City as they deal with ambition, cancer, death, and dating. The Real Housewives of Atlanta is a whirlwind of betrayal, from friends, relatives, and spouses. Add to that the aspiring musicians in The Kandi Factory and fashion snarkiness in Fashion Queens, and a large spectrum of non-inner city black culture is represented.

Through these shows, the country sees black Americans as neither icons nor victims. Neither paragons nor charity cases. They’re just a bunch of warts-and-all people chasing the American Dream as hard and fast, and often as clueless, as most everyone else. So far-reaching and influential is media, that the next generation of white children raised with the cultural wallpaper of racism lining their homes will grow up seeing a broad spectrum of black lives. And those lives will now matter more. 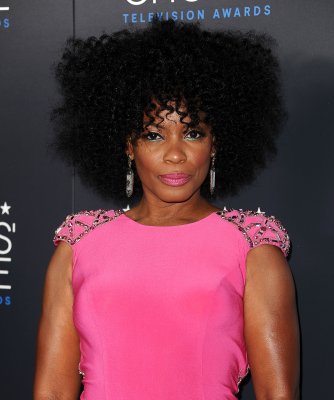 The Help's Aunjanue Ellis: I Will Not Act in Mississippi Until the Flag Comes Down
Next Up: Editor's Pick