Working moms are getting more love than ever. Millennials are much more supportive of working mothers than young people in the 1970s and 1990s, and there’s a broader consensus that working moms can have a great relationship with their kids, according to a new study shared exclusively with TIME.

Researchers at University of California, San Diego and San Diego State University attribute the increased acceptance to a shifting social and economic realities over the last 30 years, in which there are more single moms and few can afford not to work. The study, published Monday in the Psychology of Women Quarterly, analyzed the results of two national representative studies of nearly 600,000 respondents. They found that in 2010, only 22% of 12th-graders thought young children suffered if their mother worked, down from 34% in the 1990s and 59% in the 1970s. Adults also showed an increased tolerance for working mothers, with 35% believing that a child was worse off if his or her mother went to work in 2012, compared with 68% in the 1970s.

The researchers also found that more people believe working moms can have just as good relationships with their kids as moms who stay at home. In 1977, less than half of adults agreed that “a working mother can establish just as warm and secure a relationship with her children as a mother who does not work.” In 2012, 72% agreed with that statement.

But in some areas, there appeared to be a bit of a backtracking. In the 1990s, 27% agreed that it was best for the man to work and the woman to stay home, while 32% agreed with that idea in 2010-2013. In the 1990s, 14% thought the husband should make important decisions in the family, but 17% thought so in 2010. Twenge says that probably doesn’t indicate a spike in sexism, but instead might signify an increased perception that marriage is only for a certain kind of person. “It’s possible that this generation sees marriage as something that people with traditional gender roles do,” she says. “They think it’s for more traditional people.” 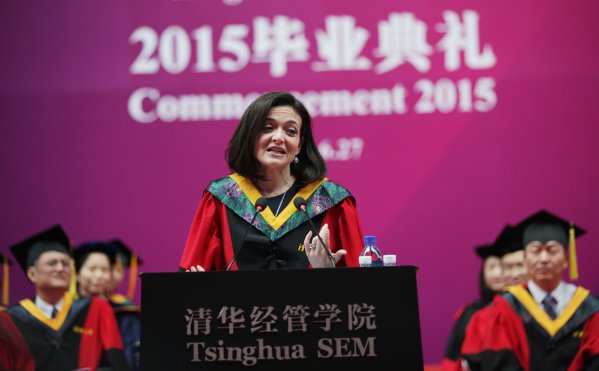 Watch Sheryl Sandberg Pay Tribute to Her Late Husband in Commencement Speech
Next Up: Editor's Pick