Charter Promises To Play by the Government's Internet Rules

Charter is ready to go above and beyond the government’s requirements for maintaining a free and open Internet, as long as it gets to merge with Time Warner Cable. The cable and Internet giant submitted a statement to the Federal Communications Commission Thursday explaining why the proposed merger between the two companies, along with Bright House Networks, is in the public interest.

If the merger is approved, Charter said that it would not block or throttle certain types of Internet traffic or prioritize certain content in paid “fast lanes.” These are central tenets of net neutrality rules which the FCC recently reenacted, but Charter is agreeing to adhere to these standards even if the new regulations are later ruled illegal (it’s happened before).

Charter also said it would submit disputes over interconnection agreements to the FCC. Interconnection is how ISPs like Charter transfer traffic from content services such as Netflix into people’s homes. The agreements have come under increased public scrutiny over the last year due to drawn-out debates between Netflix and Internet companies like Comcast and Verizon.

Even with these promises, there’s no guarantee that the FCC will approve the merger, which would give Charter about 19 million broadband customers and 17 million TV customers. Comcast dropped a bid to acquire Time Warner Cable earlier this year after it became clear that the FCC was unlikely to approve the deal. 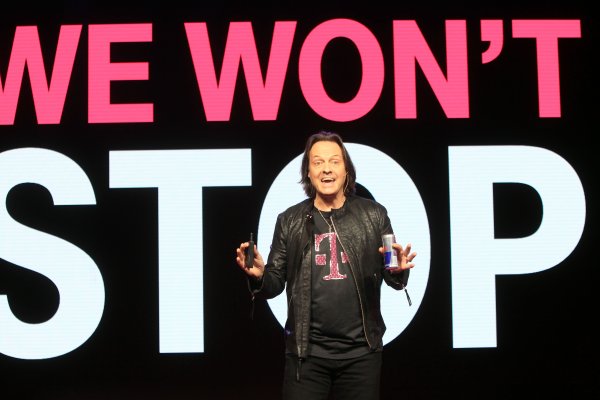 Here's One Big Reason T-Mobile Should Merge With Dish
Next Up: Editor's Pick