The Supreme Court decided Thursday to uphold the Affordable Care Act. I, like millions of Americans, am alarmed with the court’s new power to fill in the blanks and connect the dots on the laws Congress enacts. It seems that a new Justice John Roberts era of “never mind what the law says, we know what it means” has begun. But as a brain surgeon, I was taught not to waste critical time. So I will not.

The Affordable Care Act was the product of an inept process from the start. Twisted legislative maneuvering compounded by a running clock gave us this mess. No Republican voted for this nightmare. Some Democrats didn’t bother to even read it, prompting then House Speaker Nancy Pelosi to famously warn, “We have to pass the bill to find out what’s in it.”

What’s in it is the problem, and the implementation has been just as shameful. More than $2 billion was spent on a website that didn’t work, and networks of community organizers combed neighborhoods to sign up people, many of whom thought they had been offered something for free. Now we have hospital emergency rooms filled with new policyholders who were never told that up to $5,000 of the first costs are on them.

In the third quarter of 2008, when President George W. Bush was leaving office, 14.4% of the adult population of this country was uninsured. Today, with the full implementation of Obamacare, that number has dropped to 11.9%. To accomplish these results, many of us have been forced to find new doctors, and many Americans are paying considerably more.

A drop in the uninsured adult population of 2.5% is rather paltry when you measure it against the more than $2 billion spent to implement the program and the 10-year Congressional Budget Office estimation of more $1 trillion more. Doing the math will only lead to heartburn, and as a doctor, I don’t recommend it.

Instead of wasting our time and energy resenting the power grab of the court, the GOP presidential candidates should all agree to re-double our efforts to rid our country of this poorly drafted, ineptly implemented, massively costly and shamefully enacted piece of government intervention into our lives.

I spent my life as a caregiver to young children. The number of fights I have had with insurance companies is only surpassed by the amount of money I paid in malpractice premiums. I am no defender of the “good ole days.”

I believe we need to replace Obamacare with a system that empowers consumers with knowledge and choice to drive down costs. The more power we put in the hands of consumers, the lower the costs will fall. If consumers were picking up the costs for $20 bandages at the Emergency Room, how long would it be before the prices were the same as the bandages at Walgreens. If a patient knew he or she could get the same test at CVS for 90% less than it cost at the hospital, then CVS would need bigger parking lots. More government is always a poor excuse for a solution. Consumer empowerment with health saving accounts coupled with catastrophic coverage is the way to drive costs down.

The GOP nominees this cycle must have a plan to repeal and replace, the determination to articulate that plan, and the fortitude and willingness to work with Congress to actually cause change. 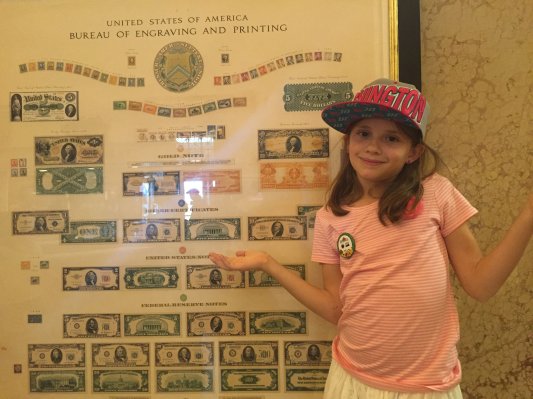 Girl Who Asked Obama to Put Woman on Bills Speaks Out
Next Up: Editor's Pick