The latest gag from one of YouTube’s most popular pranksters, Yousef Saleh Erakat (aka Fouseytube), shows a man dressed like a character from the video game Street Fighter pretending to beat up people in an elevator in an attempt to recreate the kind of violence that happens in the video game.

While the actor cracks up and tries to reassure startled passengers that it’s a joke, the victims look absolutely shaken. Sure, the prank shows how terrifying it would be to actually be inside a video game, but it is a particularly brutal one because elevator assaults can happen.

Still, the clip boasts more than 4.1 million views after just four days and is a follow-up to his elevator pranks inspired by the video game Mortal Kombat, which racked up more than 60 million views, collectively. 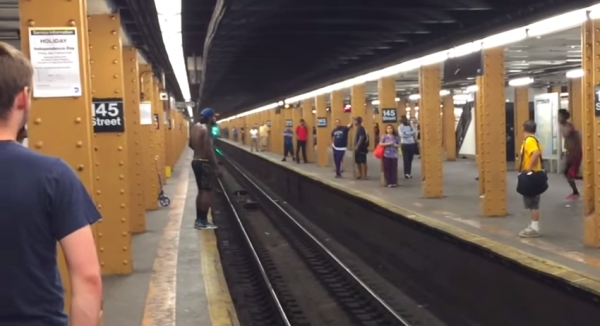 Watch This Guy Try to Jump Over Subway Tracks
Next Up: Editor's Pick