This image provided by Danielle Dufault shows a rendering of a Hallucigenia sparsa worm which lived 508 million years ago.
Danielle Dufault—AP
By Katy Osborn

Scientists studying the fossilized remains of Hallucigenia, a 508-million-year-old worm-like sea creature, say they finally have located the specimen’s face — and it’s not a beauty.

The prehistoric crawler has a spoon-shaped head, a deck of teeth that extends all the way down the creature’s throat, and, when seen under the microscope, researchers reported, “a tiny pair of eyes” and a “really cheeky semi-circular smile.”

Dr. Martin Smith of Cambridge University and Dr. Jean-Bernard Caron of the University of Toronto published their findings Wednesday in the weekly science journal Nature. “It looks completely surreal,” Smith told BBC News. “It is like something from another world.”

A bulging feature previously mistaken for the Hallucigenia’s head, meanwhile, has been revealed to be fluid excreted from the creature’s gut as it was fossilized. The scientists say this new information about the Hallucigenia represents one more piece toward solving the puzzle of how the Cambrian period’s unusual life forms turned into the creepy crawlies we know today. 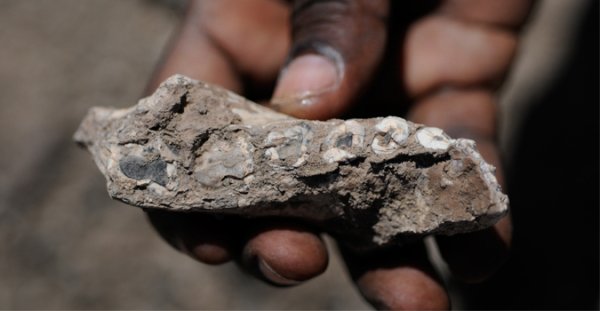 New Species of Ancient Human Found in Africa
Next Up: Editor's Pick