In its five year history, Uber has made a lot of enemies. Some of its fiercest may be in Paris.

Cabbies on Thursday blocked roads to and from Paris airports and disrupted traffic on a major highway in opposition of Uber’s service, which they say represents unfair competition.

Parisian cabbies have staged similar protests in the past, and on some occasions they’ve turned violent.

Though they severely disrupted travel on Thursday, demonstrators won the support of France’s Interior Minister Bernard Cazeneuve who ordered Paris police to issue a decree banning the activity of UberPOP, which uses unlicensed drivers in private cars to undercut existing taxis, Reuters reports. He also told local police chiefs and prosecutors to crack down on what he said was a failure by Uber to pay social and tax fees in France.

In October 2014, a law in France placed a ban on putting clients in touch with unregistered drivers, but Uber has challenged the rule saying it was unclear and infringed on the freedom to do business.

According to Reuters, Uber spokesman Thomas Meister said Cazeneuve was over-riding the normal legal process. “The way things work in a state of law is that it’s for the justice to judge whether something is legal or illegal,” he told the news agency.

The protests ensnarled at least one celebrity on Thursday. Courtney Love tweeted that demonstrators attacked the car she was in and held her driver hostage.

Luckily, she managed to escape. 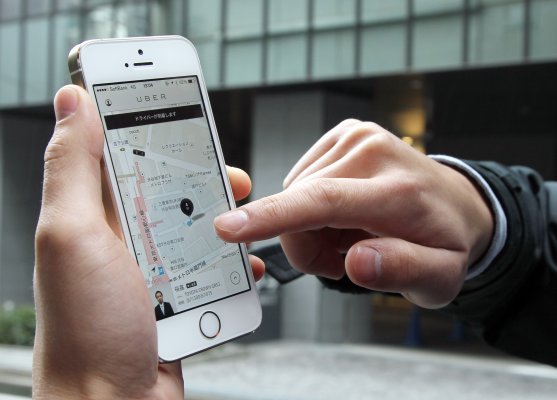 Here’s another sign Uber is on the road to an IPO
Next Up: Editor's Pick