All eyes are on the Supreme Court, which has seven cases yet to decide this term, including a decision that could legalize gay marriage nationally and another that could undermine a central component of the Affordable Care Act. The high court is currently scheduled to announce decisions today, Friday, and Monday before breaking for the summer. With a week before the deadline for an agreement, U.S. and Iranian negotiators continue to meet in Vienna to hammer out a deal on Iran’s nuclear program. Secretary of State John Kerry and Secretary of Energy Ernest Moniz will join the talks Friday, but the odds of reaching an agreement have fallen in recent weeks amid escalating rhetoric from Iran. But the U.S. has a Plan B—or H—ready, should military strikes be needed. President Obama had a testy exchange with a protestor in the White House East Room upset with the administration’s immigration policies. And there was a case of mistaken identity on Capitol Hill.

A Guide to the Supreme Court’s Latest Obamacare Case

Plan B For Iran

Behind John Boehner’s crackdown on conservatives

“Listen, you’re in my house…it’s not respectful … Shame on you, you shouldn’t be doing this.” — President Obama during a three-minute exchange with an immigration protester in the East Room on Wednesday

“I don’t know how you can sit with somebody for an hour in a church and pray with them and get up and shoot them. That’s Mideast hate. That’s something I didn’t think we had here but apparently we do.” —South Carolina Sen. Lindsey Graham on accused Charleston shooter Dylann Roof 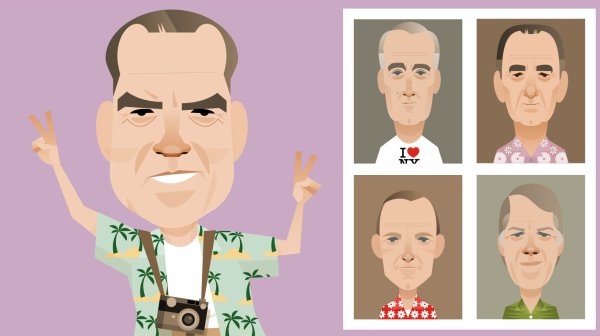 Meet the U.S. President Responsible for the Most Tourism
Next Up: Editor's Pick