Brian Williams lost his job as anchor of NBC Nightly News for perpetuating one fiction, and for failing to perpetuate another.

The first fiction you’re probably familiar with. Last winter, Williams was caught exaggerating his experiences embedded with U.S. troops on a helicopter in the 2003 Iraq War. NBC later found other “inaccurate statements,” most of them “on late-night programs and during public appearances,” according to the network, which named Lester Holt as his permanent replacement.

The second fiction, connected to the first, is built into the evening-news format itself: that a news anchor is reporting the news, rather than reading it to you. Williams’ lies were a failure of character or memory or both. But they weren’t evidence that he was going to sit behind the desk and concoct Onion-like stories about the Iran nuclear talks. Practically, there was no real reason to trust NBC’s news any more or less.

Still, Williams’ demotion/life preserver–a new job as breaking-news anchor for MSNBC–sends an odd message. He’s not credible enough to anchor one NBC network, but he’s fine for another? Maybe NBC was in an impossible position, needing to punish Williams publicly but wanting to avoid giving him the professional death penalty. But as with their anchor, the performance of credibility is what they signed up for. They got into this through their anchor’s stories. Now they need to find the narrative that gets them out. 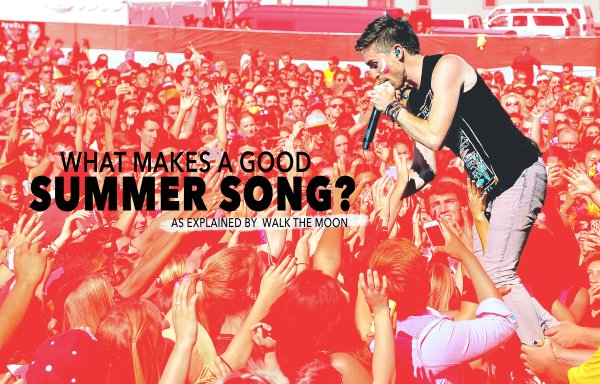 Watch Walk the Moon Weigh In on This Year's Songs of the Summer
Next Up: Editor's Pick